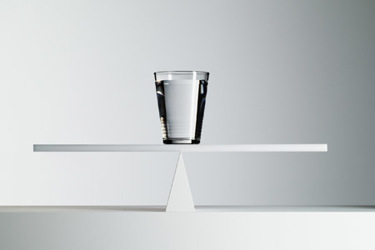 Access to safe drinking water is fundamental for thriving populations. According to SpotlightOnPoverty, over 2.2 million people in the United States live without running water or proper sanitation at home, with low-income citizens bearing the effects of failing water systems. As our nation’s water issues pose worsening health risks for water for marginalized communities, improving socioeconomic disparities is key a solution to providing a better life for its people.

Founder and CEO of OriginClear, and leader in the self-reliant water revolution, Riggs Eckelberry, explains the strained relationship between water and low-income communities that is causing socioeconomic disparity in America. “The further you are from where water is resold, the more you pay,” he says. This is true for many individuals who are forced to spend their monthly income and travel far distances for water that is unreliable and unsafe to consume. “The more that water goes through resellers, the higher the cost. Unfortunately, lower-income neighborhoods are very often the areas furthest from the central systems, paying the most for the worst quality water,” he shares. Pairing high rates and low-quality resources, water inequality is an issue in America that demands immediate action for the well-being of its citizens.

With quality remaining a hot topic of conversation, water-related issues among neglected communities are seen and happen all too often. “Very recently in Jackson, Mississippi, the water ran brown. Why? Well, the water infrastructure has been neglected at least since 1960, and it's gotten worse and worse. That’s exactly what happened in Compton, California” he explains. This ongoing problem of failing water systems stems from decaying central infrastructure and a lack of funding for low-income neighborhoods, particularly among people of color and Latino communities. “We’ve seen a breakdown in central infrastructure for our 150,000 plus water systems in America. We had a $1.2 trillion infrastructure bill and they only allocated $55 Billion to water for the entire nation — yet we fall behind by $75 billion annually. It’s a scandal.”

As clean drinking water now becomes a luxury for millions of Americans, answers to reinforce the life-giving resource as a human right is a top priority for many companies, including OriginClear’s Water On Demand™ initiative. “Many companies want to treat and recycle their water — and some are being forced to by the cities — but they lack the capital to do so. Water On Demand takes our patented Modular Water Systems™ that create instant infrastructure right where it’s needed and provides the funding so that companies can simply pay on the meter for the water they use, rather than paying for an expensive system,” he states. With industry and agriculture accounting for 89% of freshwater usage in the U.S., this groundbreaking solution reduces the burden on central systems and creates a positive impact on water quality and cost for those most affected.

While progress is being made every day, the ultimate solution for America’s low-income and minority communities lies in safe access to clean, running water for years to come. “It’s incredible that in Ireland, water is free. Down the line, we intend to go international with Water On Demand, because we believe everyone should have access to clean, safe, and abundant water.”