After 125 Years Of Physical Modeling Experience, What's Next?

By Dan Gessler And Andy Johansson 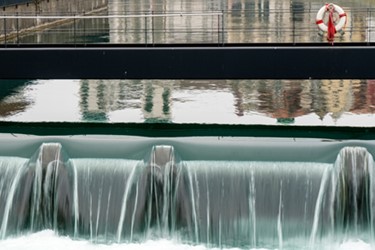 A Historical Perspective — The United States

Hydraulic testing laboratories have played key roles in advancing the science, practice, and teaching of fluid mechanics, as well as solving critical problems related to the management of our nation’s water resources. The need for these facilities dates back to the late 1800s, as issues related to the use of water to power large textile mills in New England fostered the development of hydraulic engineering in the United States. During this period, growing industries in Worcester, Lowell, Lawrence, and Holyoke, MA needed a way to make use of their cheapest source of energy — water. Water power purveyors and users sought the best engineering minds to help, and pioneering hydraulic engineers, including Charles Storrow (1809-1904), James Francis (1815-1892), Clemens Herschel (1842-1930), and George Ira Alden (1843-1926), answered the call.

As the field of hydraulic engineering developed beyond power, it became readily apparent that experimental facilities were needed to evaluate the performance of civil hydraulic structures prior to their construction. In 1894, George Ira Alden established a hydraulic testing laboratory at Worcester Polytechnic Institute (WPI) to facilitate the experimental evaluation of hydraulic equipment, as well as a facility to develop and test-scale models of hydraulic structures. The WPI Laboratory (later renamed The Alden Hydraulic Laboratory and subsequently Alden Research Laboratory) was the third hydraulic laboratory established at an American school and the second at an American engineering school. In 1883, the University of California established the first hydraulic teaching laboratory, and in 1887 a similar laboratory was built at Lehigh University. Cornell followed WPI with a laboratory in 1899.

Since the inception of these facilities, hydraulic engineers have been using scaled physical models to evaluate the performance of hydraulic structures prior to their construction. The earliest physical model constructed and tested at the Alden Hydraulic Laboratory was in 1922 — a 1:36 geometric scale study of a “morning glory” spillway at the Davis Bridge dam (now Harriman dam) power project on the Deerfield River in Connecticut (Figure 1). The study revealed several opportunities to improve the design of the spillway and outlet works and streamline the construction process. In 1927, Alden conducted a model study of the Conowingo Dam spillway apron to investigate the performance of several energy dissipation concepts. To this day, many flow situations in civil engineering hydraulics benefit from the use of scaled models to replicate flow and fluid transport processes, including water movement and sediment transport in rivers and coastal zones; performance of water intake and discharge structures; performance of spillways and outlet structures; flow around civil structures; flow through, into, and exiting conduits or flow-regulating structures; performance of hydro machines; performance of floating structures; and a multitude of mixing processes. 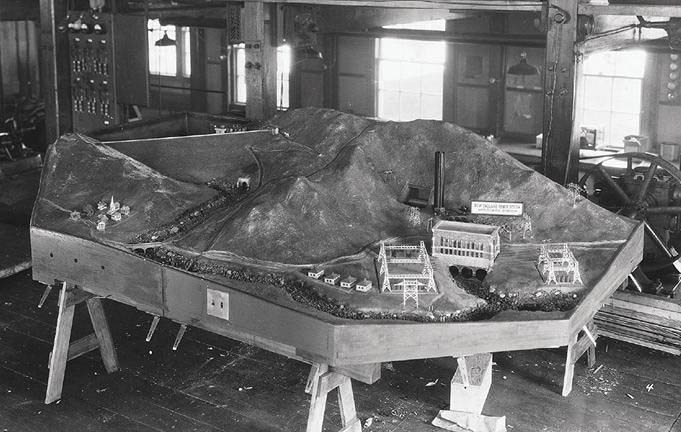 Today, numeric modeling, including computational fluid dynamics (CFD), is both augmenting physical modeling and, in some cases, replacing it. This is particularly true in the water and wastewater industry where mixing problems are frequently better suited to analysis by numeric simulation than scale models. However, despite the increased use of CFD, some problems remain well beyond the reach of CFD. This article looks at the science of physical and numeric modeling, discusses the limitations of each, and considers what the future holds.

The scaling of hydraulic models is governed by formal principles of similitude and dimensional analysis. For a physical model of a hydraulic structure to be predictive, geometric (length), kinematic (time and velocity), and dynamic (force) similarity should be maintained between the model and prototype. While using the same working fluid (water), these parameters cannot be simultaneously satisfied, and it is necessary to identify processes of primary importance and determine the dominant forces. For example, a model which satisfies Froude similitude (properly scaling the inertial and gravitational forces) will not precisely satisfy Reynolds Number similitude (inertial and viscous forces). The model is then scaled so as to maintain, as close as possible, the same ratios between the primary forces in the model as in the prototype. For a model study to be qualitative, as well as quantitatively predictable, the modeling engineer must understand the essential processes being modeled and recognize the model’s limitations.

The science behind physical hydraulic modeling requires engineering judgment to be used in the modeling process. Hence, since scaled modeling is an inexact science, there are inherent advantages and disadvantages associated with modeling. There are several notable advantages: For the primary physical processes of interest, the model-to-prototype performance is accurately reproduced; simple modifications to the modeled structures can be quickly implemented and evaluated; the physical model provides a tactile representation of the prototype geometry and can be very useful in guiding the civil construction process. On the other hand, disadvantages include: Not all physical processes can be scaled simultaneously; physical models require large spaces and skilled craftsman to construct accurately; comprehensive physical modeling programs can be expensive.

For over 125 years, physical modeling has played a role in the successful design and operation of hydraulic structures throughout the world. Recent and continuing advances in numeric modeling (notably three-dimensional CFD) have reduced the need for physical modeling in certain circumstances, but in civil engineering there still remain several classes of complex flow problems that cannot be accurately simulated with CFD (Figure 2). In particular, the water treatment industry relies on physical models to simulate the behavior of grit in complex flow processes, model the operation of pump intake structures, simulate the fate of floatables, and study the intricacies of some mixing processes — areas that pose challenges for CFD models. Photos of recent physical modeling projects at Alden related to the water treatment industry are shown in Figures 3 and 4. Physical models are routinely used to predict sediment transport in rivers, which can influence the amount of sediment that enters a treatment plant. Physical models are also used to study the flow through pump intakes where unsteady vertical flows with the potential for air entrainment are likely, yet unpredictable, or when the elevation of water surface can be challenging. That’s not to say that the two modeling approaches are mutually exclusive. Over the past several decades, a symbiotic relationship has developed between numeric and physical modeling, and it continues to evolve. Specifically, the two approaches are more often being used in tandem to model complex flow problems and provide designers and stakeholders the most complete picture of the flow problem of interest by drawing on the strengths of each modeling technique. Further, it is not uncommon for numeric modeling to be used to help set the boundary conditions for the physical modeling domain and reduce the overall footprint (and ultimately the cost) of the physical model. 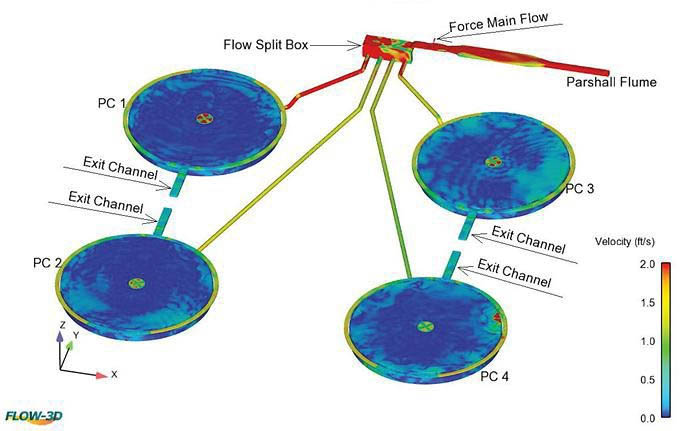 Modeling In The Future 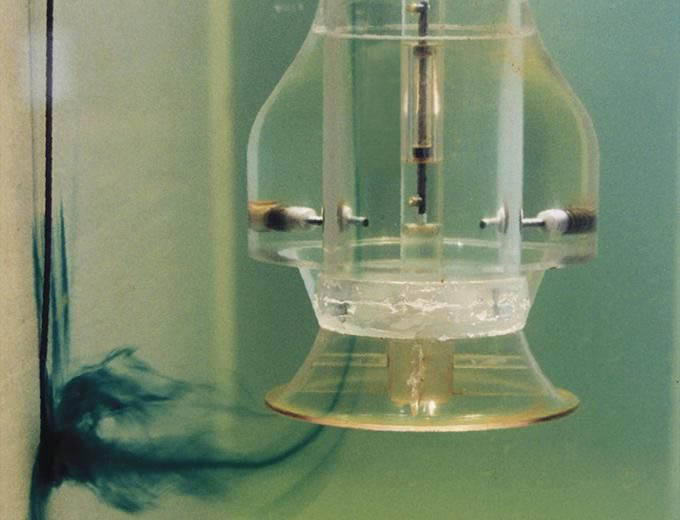 Computational resources and numeric modeling capabilities will continue to advance, and the development of available computing power will continue to increase exponentially in the coming years. In particular, advancements will enable large-eddy simulations (LES) and direct numerical simulation (DNS) to be more applicable to real-world problems, and more of the flow physics will be represented by the numeric simulations. That being said, the applicability of physical models to certain classes of flow problems will remain relevant. These include flows with high shear (swirling flow and air-bound vertical flows) and two-phase flows where two-way coupling between the phases is important. These types of applications are expected to remain beyond the limitations of CFD for several more decades. Even when CFD is applicable, the cost of a quantitative CFD model can exceed the cost of a physical model. The cost and amount of computer time required for a simulation is decreasing; however, the amount of model output that must be analyzed is increasing. The increase in analysis and post-processing time drives the cost for the CFD analysis. Advances in construction techniques for physical models, including 3D printing of small model components, have allowed physical model construction and testing costs to keep pace with inflation. 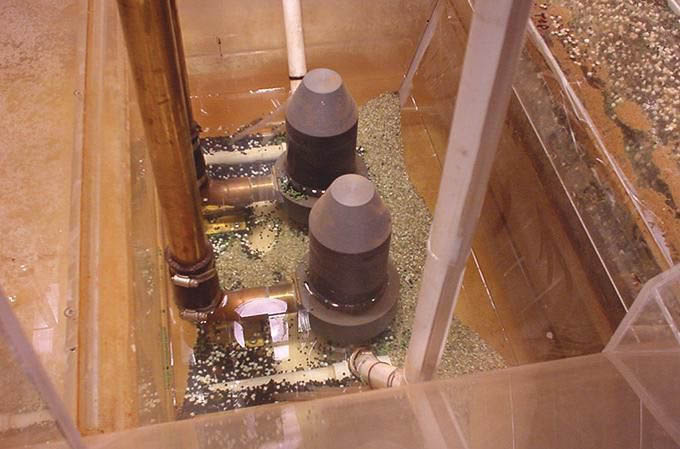 Figure 4. Physical model of a grit sump for a headworks facility

Dan Gessler is Vice President with Alden Research Laboratories. He is a registered professional engineer and has a PhD from Colorado State University (CSU). Dan has been with Alden for over 18 years where he leads the hydraulic modeling practice and provides technical leadership in numeric and physical modeling with a particular interest in modeling efforts that combine the two. Prior to joining Alden, he worked as a research scientist at CSU.

Andy Johansson is the Director of Hydraulic Modeling at Alden with 30 years of experience in hydraulic modeling. He obtained his B.S. degree in Mechanical Engineering in 1995 from Worcester Polytechnic Institute and is currently in charge of the day-to-day operations of the hydraulic modeling group at Alden. He also provides supervision of numeric and physical model studies for electric power utilities, water supply and treatment, architect-engineering firms, equipment manufacturers, and governmental agencies from the proposal stage through completion.