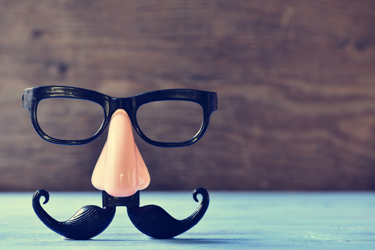 A wastewater treatment plant in Connecticut has officially been named after a celebrity who was engaged with its community, but not for the reasons you might think.

The Danbury City Council voted nearly unanimously to rename their facility this month in honor of comedian John Oliver, who picked a fight with the city on his show.

“The host of HBO’s ‘Last Week Tonight with John Oliver’ went after Danbury on his August 16 show during a segment on racial disparities on juries,” CNN reported. “In Oliver’s anti-Danbury rant, the host noted that he only knew three things about the Connecticut town: ‘USA Today ranked it the second-best city to live in in 2015, it was once the center of the American hat industry and if you’re from there, you have a standing invite to come get a thrashing from John Oliver, children included, (expletive) you.’”

Shortly after that segment, Danbury Mayor Mark Boughton threatened to name the sewage plant after Oliver on social media as retaliation, because of the unsavory substances it processes. And in early October, the vote to approve that measure came in.

“Oliver upped the stakes on his Aug. 30 show by offering to donate $55,000 to local charities if Danbury actually followed through with renaming the plant,” per AP News.

Boughton has said that the facetious feud has offered some positive distraction from the novel coronavirus pandemic, and that the promised donation has encouraged others to fundraise for local food banks. He’s also suggested that the city will offer tours of the wastewater plant in exchange for $500 donations to area food pantries.

“I think it’s been a home run. It’s been a lot of fun,” Boughton said, per AP News. “If I can put food on people’s table for Thanksgiving by naming a sewer plant after a very popular comedian, we’ll do it all day long.”

Following the City Council vote, Oliver appears interested in becoming directly involved in the campaign around the wastewater treatment facility.

“Oliver has offered to provide the new sign for the plant that includes his name, as well as attend the ribbon-cutting,” according to AP News.