After Decade Of Debate, New California Wastewater Facility Gets Approved 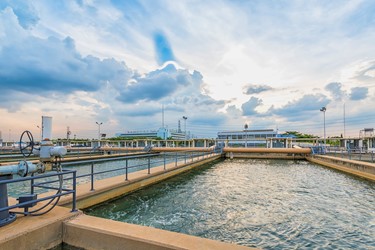 Improvements to the country’s aging wastewater infrastructure may seem like no brainers, with some estimates putting the need for investment at over $250 billion in the next few years. But recent approval for an overhaul in California came only after a years-long battle to convince lawmakers it was necessary.

“Factions of Morro Bay residents have lobbied on both sides of an effort to build a new sewer for years, and now — finally — the last approval has been granted,” The Tribune reported. “The Coastal Commission approved a proposed new wastewater treatment and water reclamation facility … after a decade of planning.”

Now that it is moving forward, however, it may serve as a lesson for other coastal communities across the country. Critically, the site chosen for the new facility is located more than three miles inland, giving it more protection from sea-level rise and natural disasters that can cause flooding.

“This project will serve as [a] model for future coastal communities in light of rising sea-level issues,” Morro Bay Mayor John Headding said, per The Tribune. “We think the result will be beneficial for generations to come.”

Specifically, the facility includes a 15-acre wastewater treatment and water reclamation plant on a roughly 400-acre property. The proposed cost comes in at $124 million and construction is slated to begin in September.

“The new plant will replace an aging oceanside treatment plant built in 1953 near the high school that’s failing to meet Clean Water Act standards,” according to The Tribune.

The project addresses a well-recognized national need for better wastewater infrastructure and may serve as a model for other coastal communities, but it did not receive approval without some controversy. Up until the evening it was approved, there was an even split between proponents and naysayers. Then it was approved unanimously, though detractors may not feel that their voices were heard.

“When the Coastal Commission finally called the item, most members of the public had already gone home,” according to Cal Coast News. “Fifty public speakers, evenly split between supporters and opponents of the project, voiced their opinions. However, an exhausted Coastal Commission board did not acknowledge public concerns or deliberate on the project, instead quickly voting 10-0 to approve the proposal.”