By Gregory A. Cade 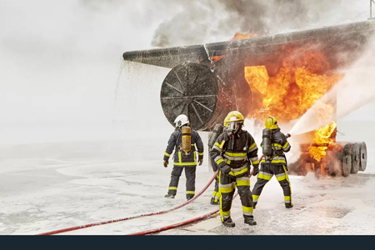 Although aqueous film-forming foam (AFFF) has been used to save lives, it may be impairing the health of many more. The persistent and pervasive nature of PFAS is again the culprit.

Per- and polyfluoroalkyl substances (PFAS), used for their grease-, oil-, water-, and heat-resistant properties, are found in a wide variety of products, including aqueous film-forming foam (AFFF). Over the past five decades, AFFF has had an important role in military and civilian airports in firefighting, crash training exercises, fire training exercises, responses to fuel fires or spills, and emergency response actions.

In “U.S. Military Bases With Cancer-Linked Contaminated Water Are Undercounted,” we talked about the extent of the contamination at military installations. We showed that PFAS are associated with cancer, kidney disease, and hormone disruptions, and are the subject of increasing regulation. As public pressure and litigation against manufacturers, the U.S. Department of Defense (DOD), and some secondary users of PFAS mount, other aspects of AFFF contamination that raise concern are its significant environmental impacts.

With half-lives of years, PFAS are water-soluble and have potentially contaminated groundwater. Due to their water solubility, PFAS persist in humans and are commonly found together in samples from contaminated water2 and the blood serum of almost all U.S. residents.3

Between 2015 and 2016, the National Academy of Sciences surveyed 167 North American airports and found that less than 7 percent of them treated AFFF during training like hazardous waste and contained and cleaned it up once it was spewed onto the ground.4 The airports blanketed fuel spills with the AFFF and practiced with it in the woods on oil fires. Most airports said they left the AFFF on the ground to evaporate, dissolve, or dissipate.

In the 1970s, fires on runways were extinguished with the help of a protein foam. But that foam was problematic; it corroded some pipes and it didn’t work in certain weather. That is why the airport firefighters started using AFFF.

This new firefighting foam was more effective at forming a blanket over the fire, smothering the flames, preventing the fire from reigniting, and suppressing fuel vapors. But it also included the chemical perfluorooctane sulfonic acid (PFOS), one of the PFAS compounds that is the most studied and has been proven to be harmful to humans.

Firefighters were never told about the health consequences of AFFF, and no one made much effort to stop it from escaping into the environment. 3M, the manufacturer of AFFF, phased out its production starting in 2000 and withdrew it from sale.5

What PFAS Are In Firefighting Foams?

Fire may be safely extinguished without the need for PFAS that are present in AFFF. The regulatory focus has been on PFOS and perfluorooctanoic acid (PFOA), but there are many other extremely persistent PFAS in the firefighting foam.

Most military and civil airports have now begun testing, or they have switched to, fluorine-free firefighting foams (F3), considered to be a safer foam. The development and optimization of F3 have evolved quickly, and it’s demonstrating comparable performance to AFFF.

PFAS are not biodegradable at all, which is why they are known as “forever chemicals.” They are water-soluble and very mobile in the environment. As such, they can impact immense volumes of groundwater by being transported well beyond their source area. PFAS may pose a risk, depending on the military installation or airport’s site setting and the location of drinking-water supply wells and surface waters. 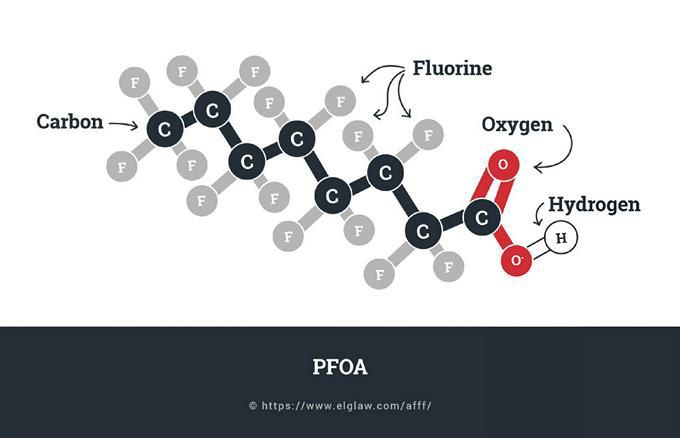 Given the growing evidence of human health risks and potential negative environmental, human health, and socioeconomic impacts, there has been a dramatically accelerating focus on PFAS by environmental regulators in the past five years. For example, in 2016, the detection of PFAS in drinking water in the U.S., combined with the EPA setting a long-term health advisory level of 70 parts per trillion.7

(ppt) for the combination of PFOS and PFOA, 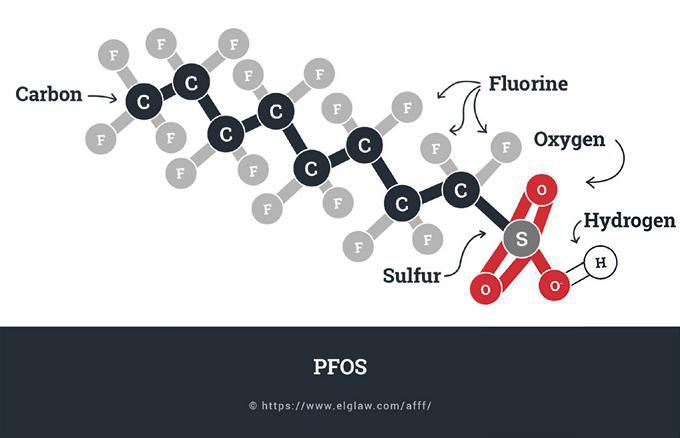 More and more regulatory institutions take into consideration an increasing number of PFAS compounds and apply increasingly lower maximum contaminant levels (MCLs). Since 2016, the drinking water guidelines have fallen to lower targets, with New Jersey and California finalizing an MCL for PFOS at 13 ppt and proposing a 14-ppt target for PFOA.8,9 The State of New York finalized an MCL of 10 ppt for PFOS and PFOA.10 Vermont has applied a standard of 20 ppt to a combination of five PFAS11, while New Hampshire announced targets of 12 ppt for PFOA and 15 ppt for PFOS.12 Michigan announced a 16-ppt health-based value for PFOS and 8 ppt for PFOA.13

In light of growing concerns regarding drinking water impacts from PFAS, it is important to consider approaches and best management practices that limit the discharge of these toxic, manmade chemicals to the environment and protect individuals.

1 Ross, I., Hurst, J. Managing Risks and Liabilities associated with Per- and Polyfluoroalkyl Substances (PFAS), https://www.claire.co.uk/component/phocadownload/category/17-technical-bulletins?download=668:tb-19-managing-risks-and-liabilities-associated-with-per-and-polyfluoroalkyl-substances-pfass-2019

4 National Academies of Sciences, Engineering, and Medicine, 2017. Use and Potential Impacts of AFFF Containing PFASs at Airports, https://www. nap.edu/catalog/24800/use-and-potential-impacts-of-afff-containing-pfass-at-airports