Across The Country, Polluters Forced To Pay Out For PFAS Contamination 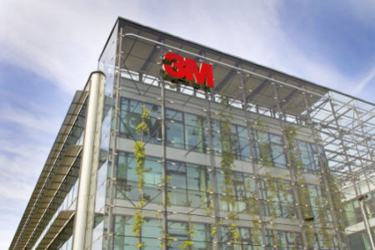 It’s possible that contamination from per- and polyfluoroalkyl substances (PFAS) — a group of chemicals that has found its way into source water throughout the country via industrial operations, poses acute health threats when consumed, and resists standard treatment methods — has become the defining drinking water obstacle of our time.

At the forefront of the issue, along with questions about how best to remove the contaminants from drinking water, is the matter of how to fund this treatment. Communities across the country have taken different approaches to resolving that issue, but many are working to hold the original manufacturers of these chemicals accountable.

In the nation’s capital, for instance, an advocacy group has turned to legal action to force those companies to fund identification and treatment efforts.

“The National Rural Water Association (NWRA) said an issue with groundwater and its reported contamination by [PFAS] led them to sue multiple companies that have a history of using and selling such chemicals,” WUSA reported. “According to the NRWA, the lawsuit will seek money for testing and treatment for the chemical manufacturers, The 3M Co., Tyco Fire Products L.P., National Foam, Inc., Buckeye Fire Protection, Chemguard, E.I. du Pont de Nemours and Company (‘DuPont’) and The Chemours Company.”

NRWA, a major water and wastewater utility membership group, represents tens of thousands of the country’s smallest utilities, many of which are facing PFAS contamination issues. It has reportedly taken the lawsuit on because of foreseen obstacles for its members to pay for testing and treatment themselves.

And, as demonstrated through another recent headline, settlement funds can play a critical role in helping utilities combat PFAS. In Alabama, a significant payout from a chemical manufacturer is going directly to improving drinking water treatment.

“Residents in Lawrence and Morgan counties are closer to getting some of the cleanest drinking water in the country,” WHNT reported. “The West Morgan East Lawrence Water Authority [WMEL] broke ground on an advanced filtration system … after 3M paid $35 million to settle a drinking water contamination lawsuit in 2019. WMEL officials tell WHNT News 19 the system — a reverse osmosis treatment plant — will filter out all forms of PFAS chemicals. 3M in Decatur produced the chemicals in question for decades. The company discharged them into the Tennessee River about 10 miles upstream of WMEL’s water intake.”

But, as much of a boon as this settlement money can be, it may not solve the funding problem entirely. This has been the case in Minnesota, where the drinking water authority has found out the PFAS price tag can outpace what a court may deem fair compensation from polluters.

“For the first time since Minnesota reached its historic $850 million settlement with 3M Co. over the toxic ‘forever chemicals’ polluting groundwater in the east metro, the state has put dollar estimates on the potential fixes being developed,” the Star Tribune reported. “The $700 million available to spend on cleaning drinking water and restoring damaged natural resources does not go far given the price tags for water treatment plants and home filtering systems, according to the latest draft of treatment scenarios…. Including inflations, the options range in cost from $250 million to $1.2 billion.”

PFAS contamination is so pervasive that countless communities around the country will have to determine how best to approach solutions, and the funding for them, on an individual basis. But it’s clear that holding the polluters accountable will be a popular, if not completely comprehensive, approach.