A Legacy Of Clean Water 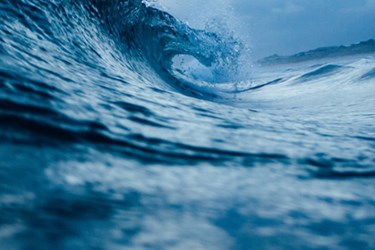 Helping to maintain clean water is part of the Whalen family history, a story that begins in the mid-1990s with a father’s fervent belief that his research could make a difference and his son’s intense desire to ensure it did.

Their legacy is the firm LuminUltra. Today, the company’s water monitoring technology provides the first line of defense for thousands of municipalities and companies around the world. But, in 1995, chemical engineer Phil Whalen and microbiologist Jim Cairns were just starting to explore new concepts in biological wastewater treatment applications. Supporting them in their efforts was Phil’s son, Pat, who says he grew up in the lab, solving chemical and biological problems involving water and wastewater treatment.

In 2003, after years of research, validation and field verification, the company LuminUltra was born – formed to make the team’s patented water monitoring technology commercially available. That same year, Pat Whalen became a chemical engineer like his dad, and he continued his career with LuminUltra, taking on whatever work needed doing and helping to grow the company from the ground up. When his father, Phil, died of brain cancer in 2009, Pat – just 28-years-old but already with more than a dozen years’ experience in the field – took over as LuminUltra’s CEO.

In the years since then, the company has continued to evolve, enhancing its line of products to include tools that monitor and control microbes in drinking water, manufacturing industries, energy applications and wastewater treatment. The company’s solutions combine a revolutionary testing method with robust equipment, easy-to-use software and years of direct application experience. Using LuminUltra’s technology, organizations can gather the information they need to diagnose, troubleshoot and solve water quality problems within a matter of hours compared to days or weeks with traditional methods.

Pat Whalen continues to lead LuminUltra today, with the company having grown into a 34-person, global firm with customers and sales network partners spanning from North America to Asia and all points in between. The company has also developed a broad network of academic and industrial research partners around the world.

But Whalen hasn’t forgotten where it all began. He remains focused on the same outcome as his father before him – clean water.