The Little-Known Cure For Disinfection Byproducts 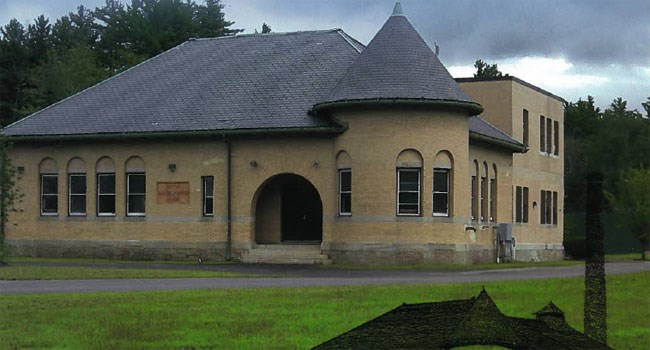 A timeless drinking water facility needed a timely solution to disinfection byproducts (DBPs). The treatment process selected was (and is) unique to the region, but the results suggest that it deserves more consideration.

Constructed in 1895, New Hampshire’s Somersworth Water Treatment Facility has naturally undergone many upgrades to keep up with the times — and, of course, with U.S. EPA regulations. Most recently, Somersworth needed a solution to comply with the Stage 2 Disinfectants and Disinfection Byproduct Rule (DBPR), a stricter control on chlorine DBPs that regulates occurrence throughout the distribution system. This required that total organic carbon (TOC), a DBP precursor, be drastically reduced from the Salmon Falls River — a sometimes “flashy” water source with periods of high color and turbidity. Furthermore, the 3-MGD facility needed to increase its capacity to meet supply and future growth demands for a rising population.

Oh, and all this had to be done without changing the basic footprint or appearance of the historic building.

Wright-Pierce consulting engineers explored many options, including a switch from chlorine disinfectant to chloramine, but the idea was quickly rejected. Richard Davee, senior VP at Wright-Pierce, recalled that the utility decided “We don't want to simply cover this up,” and so the focus shifted to enhanced pretreatment. Two treatment methods were pilot-tested: magnetic ion exchange (the MIEX® process) and microsand ballasted clarification (the ACTIFLO® process).

MIEX handled the flashy, raw water coming into the plant very well — too well, in fact. “With all the organics and turbidity coming into the plant, the system was doing a lot of work that it didn't need to,” said Davee. As an upfront, early-stage process, it was essentially cleaning the water more than necessary, he explained, and quickly running through the ion exchange media. “We would have been working at all times to keep it clean. It just wasn't going to work for us in this case.” It would have also been challenging to maintain the plant’s existing footprint, as well as continuous operation during the build, under the MIEX scenario.

Wright-Pierce decided, in this instance, that ballasted microsand pretreatment followed by multimedia filtration was the more sensible, cost-effective solution. The pilot study proved successful, reducing TOC in the source water by 70 to 80 percent (from 10.0 mg/L to 2-3 mg/L), and color by 85 to 95 percent (from 20-400 platinum-cobalt units [PCU] to <10 PCU). Turbidity was reduced from a peak of 20 nephelometric turbidity units (NTUs) to consistently less than 0.10 NTU. 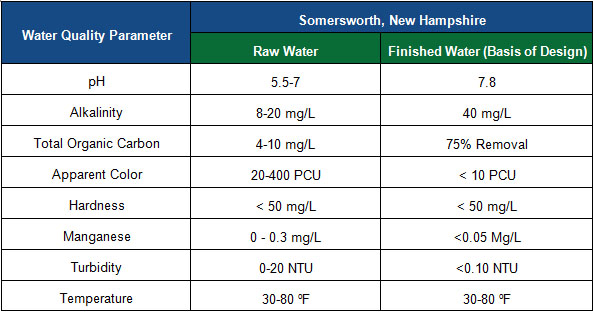 Simulated distribution system byproduct formation trials were also run. The tests showed both total trihalomethanes (TTHMs) and haloacetic acids (HAA5s) — the DBPs Somersworth struggled with — could be maintained in the distribution system below the required maximum contaminant levels (MCLs).

“With the ballasted sand, the little particles that you flocculate can grab onto the sand and settle much more quickly,” described Davee. “You don't have a huge sedimentation basin, like a traditional process, and you don't float it away. That's really the beauty of this process: It acts like a conventional plant, with a sedimentation basin, but you do it in a much smaller footprint. Because the particles settle so quickly, you only need a small tank.

“With a big sedimentation basin, you have to be very careful about your surface overflow rates and so forth,” he added, “but these heavy, coagulated particles settle and get taken off the bottom of the tank.”

From that point, the ACTIFLO system utilizes a cyclone separator to remove the sludge from the microsand, which is re-injected into the flocculation tank. “The coagulated particles and TOC go in one direction,” said Davee, “and the sand goes back to the head of the plant to be reused.”

In accordance with established prerequisites, the ballasted microsand solution did not upset the building footprint (requiring only a minor roof modification) or the plant’s existing filters, and operations could be maintained during installation. Additional upgrades were also instituted to ensure long-term, sustainable performance, including a new powdered activated carbon feed system; new raw water and finished water pumps; upgrades to SCADA, the chemical feed system, and control valves; filter modifications/upgrades; and lagoon enhancements. Overall, project costs were roughly $7 million.

“Basically, we worked within their combination filter/clarifier footprint,” said Davee, who was principal engineer on the installation. “It was a Microfloc process that was there, consisting of an upflow clarifier and mixed-media filter. We said, ‘Alright, we can pull out the upflow clarifier — we'll change that out and reuse it.’ We added additional filtration in that spot, and then we put in the ballasted microsand process. It was a retrofit with just a small add-on tank for clarification.

Stage 2 DBPR only took effect in 2013 for many municipalities, according to Davee, although the rollout process was lengthy and long-seen. The rule requires that each utility conduct an evaluation of their distribution systems, known as an Initial Distribution System Evaluation (IDSE), to identify locations with high DBP concentrations. Those locations are then used as sampling sites for Stage 2 DBPR compliance monitoring. No longer, as with Stage 1 DBPR, can utilities average the results of all sampling sites.

“You could have a couple of bad players before, but now you can't have any bad players,” stated Davee. “Now there’s a new round of people being concerned again; if they were just squeaking by before, they're not going to be able to squeak by anymore. I can't speak for the whole country, but up in this area, on surface supplies, it's still probably the only regulatory driver of any consequence right now.”

To its credit, Somersworth stayed ahead of the curve by installing the ballasted microsand solution, along with the other upgrades, in 2008. At the time, it was a first-of-its-kind technology in New England, and earned “Honorable Mention” recognition from the American Council of Engineering Companies of New Hampshire (ACEC-NH). Though it continues to provide strong results for Somersworth, Davee noted that ballasted microsand is still underutilized. “In New England itself, we're not seeing a lot of it, and I can't figure out why,” he said. “There's no doubt in my mind that we would look at it again as an option, if we get the opportunity for another, similar plant.”