A Community Approach To Climate Resilience 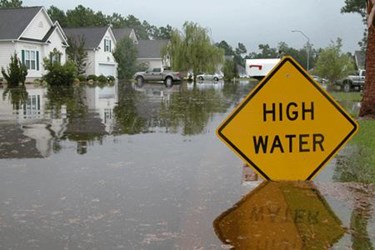 In New Orleans, a devastated neighborhood seeks to revive their community after Hurricane Katrina. They begin by regaining access to a bayou where earlier generations hunted and fished.

In Toledo, OH, 400,000 people go without drinking water for two days, due to a toxic algal bloom brought on by water pollution and high temperatures. In response, low-income residents work together on green infrastructure projects that can reduce polluted runoff while improving property values.

In Fredericksburg, VA, a historic community comes together to protect their river from development and pollution. Working collaboratively with builders, a low-impact development ordinance is unanimously adopted and a new riverside trail becomes a place where residents connect with each other and with nature.

In Portland, OR, a watershed association unites urban, suburban, and rural neighbors in support of creek restoration projects that reduce frequent episodes of flooding and restore salmon habitat.

As these examples show, water is a ready source of common cause. Neighbors come together to defend against floods, droughts, and water pollution and to obtain the quality-of-life benefits of being near, on, or in, clean, sparkling water. There is a vital lesson here for freshwater organizations and agencies. Projects to build natural capital in the form of protected or restored rivers, wetlands, watersheds, and green infrastructure that mimics the natural water cycle can also build social capital, in the form of trust, collaborative skills, and shared values. In return, social capital can strengthen and sustain freshwater natural capital.

The synergistic role of freshwater in building natural and social capital becomes increasingly important in a changing climate. Since most of the ways in which Americans experience climate change are connected to the hydrological cycle, freshwater organizations and agencies can make important contributions to help communities and regions become more resilient to extreme weather events.

Yet, too often, freshwater conservation strategies focus solely on protecting, restoring, and replicating natural hydrological functions. But, social capital is also extremely important to community resilience. A recent report finds that “promoting social cohesion — in which a society’s members cooperate to achieve shared well-being — in communities is an additional and overlooked tool for strengthening climate resilience, with particularly good outcomes in low-income communities.”1

Restorative Power
Social capital improves freshwater plans and projects, thanks to the knowledge and support provided by engaged local residents. The resulting freshwater assets can then be monitored and maintained by involved neighbors whose collective efforts to rescue a local stream or protect a watershed reinforce social capital by delivering results that people can see, touch, and feel. Shared success builds community pride and reinforces the value of learning to work together.

In his classic book, Bowling Alone: The Collapse and Revival of American Community, Robert Putnam details four features of social capital that enable people to work together on a common cause. First, “social capital allows citizens to resolve collective problems more easily.” Second, it “greases the wheels that allow communities to advance smoothly.” Third, it “widen[s] our awareness of many ways in which our fates are linked.” And fourth, social networks act “as conduits for the flow of helpful information to achieve common goals.”2 Experts distinguish between two types of social capital, bonding and bridging. Bonding social capital exists within a homogeneous community, while bridging develops between dissimilar communities. Putnam puts it memorably: “Bonding social capital constitutes a kind of sociological superglue, whereas bridging social capital provides a sociological WD-40.”3

Communities that invest in both bonding and bridging social capital are better at solving large, complex problems like climate change.4 Successful collective efforts require trust, shared values and norms, and social networks. Trust is most important and depends on equity and fairness.5 But social capital is undermined by poverty, inequality, and environmental injustice.

Freshwater initiatives to benefit the most vulnerable communities should be especially careful to prioritize both natural and social capital in their design and execution. Freshwater nonprofit and government agencies are well-equipped to do so. These organizations are trusted because of their public service mission to protect and restore the shared water resources of their community. They are also respected, thanks to technical knowledge they possess about how to sustain the hydrological commons in the face of climate change and other challenges.

Furthermore, their freshwater protection and restoration plans and projects can create engagement opportunities to bring people together across cultural divides. And these projects often deliver rapid, tangible, and comprehensible results that reinforce the good feelings that come from accomplishing something together.

Shelter From The Storm
Freshwater groups also have much to gain from engaging their community in efforts to enhance climate resilience. As community members begin to see the many economic, ecological, and social advantages of protecting and restoring their freshwater, they will be more likely to turn out for volunteer work days, support local ordinances for low-impact development, and be less likely to waste or intentionally pollute water. Small-scale, distributed green infrastructure alternatives to large, single-purpose stormwater or wastewater treatment plants are easier to build and maintain with the support of engaged neighborhoods and informed residents.

Freshwater initiatives to benefit the most vulnerable communities should be especially careful to prioritize both natural and social capital in their design and execution.

The positive feedback loop between freshwater-related natural and social capital can produce economic, technological, and social benefits for communities and regions.

Economically, ecosystem services provided by healthy hydrologic features and green infrastructure can reduce energy consumption, diminish flood damage, improve public health, and save money on treating water-borne illnesses and lost productivity, as well as reduce the construction and operating costs of water-related infrastructure.6 This leaves more money for other community priorities — and in people’s pockets.

Technologically, green infrastructure depends upon and supports social capital. These nature-mimicking infrastructure projects are generally smaller and more localized than traditional water infrastructure projects. They offer multiple benefits to their community versus serving a single, and often unseen, purpose. As Milwaukee Mayor Tom Barrett testified to Congress regarding the social benefits of natural stormwater infrastructure, “You can’t hold a picnic or a tailgate party on a Deep Tunnel.”7 Green infrastructure is flexible and adaptive versus fixed and prescriptive, enabling projects to be adapted to a community’s particular needs. And, these small-scale, widely distributed projects offer ongoing opportunities for involvement in establishment, maintenance, and monitoring.

Socially, time spent in nature makes us feel happier and more connected. Neurological research reveals a linkage between human wellbeing and natural environments, especially those with water elements. “In study after study, those who choose to spend time in nature speak about its ability to make us feel more connected to something outside of ourselves — something bigger, more transcendent, and universal … In another study, people who viewed nature scenes and imagined themselves fully immersed in nature were more concerned with prosocial goals and more willing to give to others.”8

Rivers and lakes provide attractive, close-to-home spaces where people can gather and relax. And freshwater restoration projects are especially valuable for building a community’s social cohesion. “Designing experiences where people come to know each other, where they can expect to encounter one another repeatedly, and where the quality of life is increased for all if each individual thinks of himself as a steward” increases trust and collaborative skills.9

That is why environmental justice activists are turning to their freshwater assets as a means of creating positive changes in their communities.10 For example, in Toledo, OH, a task force “is exploring ways to bring green infrastructure to disadvantaged areas … to help reduce threats and damage from flooding and water pollution and build home equity. These projects help address other community priorities, including reducing crime by turning vacant lots into community gardens, beautifying neighborhoods, and improving access to waterways. Community members work together to maintain green infrastructure, which supports local project ownership and community.”11

The City of Philadelphia’s response to a problem plaguing cities across America — combined sewer overflows — illustrates the economic, technological, and social benefits of tapping natural capital. Rainstorms regularly overwhelmed the capacity of combined storm and sanitary sewers and resulted in raw sewage being discharged into the Schuylkill River. A study done for the city detailed the “triplebottom- line benefits” — ecological, economic, and social — of green versus traditional infrastructure solutions to the problem. Ecological benefits included water quality improvements and wetland creation. Economically, green infrastructure was cheaper to build and maintain and contributed to poverty reduction by providing local green jobs and energy savings. And Philadelphians benefited from improvements in recreation opportunities, livability, heat stress reduction, and air quality.12

A key challenge for freshwater organizing efforts is that “smaller is better” for tapping and building social capital, while freshwater problems generally require larger-scope solutions. A watershed approach can resolve this “dilemma of size and scope.”13 Because every piece of land — whether urban, suburban, or rural — resides in a particular watershed and because a watershed is made up of nested drainage basins of smaller rivers and streams, the connectivity and scalability of freshwater hydrology can be used to link the concerns of communities upstream and downstream.

Another dilemma facing freshwater stewards is how to achieve social cohesion while prioritizing diversity and inclusivity. Ties that link dissimilar groups are harder to build, but ultimately more valuable. “Crafting cross-cutting identities is a powerful way to enable connection across perceived diversity.”14 The common identity of living in the same watershed and depending on the same water resources and hydrological functions offers important opportunities for building bridges between different groups.

Freshwater organizations are well aware of upstream-downstream conflicts and the value of creating common cause to resolve them. As some have observed, “What they call an ‘unfunded mandate’ upstream looks like raw sewage downstream.”15 Similar upstream-downstream conflicts can arise when there is too much or too little water. Increased awareness of impacts on trusted and valued neighbors downstream is an important benefit of strengthened social capital.

5 Takeaways
Whether the challenge is pollution, flooding, or drought, engaging and working effectively with diverse populations within a watershed requires the ability to recognize, tap, build, and sustain the social capital that binds people together in a common cause. Five basic principles can guide collective efforts to protect and restore freshwater resources and build a community’s climate resilience:

Finally, recognize that building climate resilience requires an integrated approach for both people and nature. Avoid focusing on a single scale or single outcome. Instead, think and act at multiple scales and aim for win-win-win outcomes. Watersheds are well-suited to nested, connected solutions. Healthy freshwater ecosystems and green infrastructure are good at improving economic, ecological, social, and political outcomes. And freshwater organizations are most successful when they tap the synergy that flows between water-related natural and social capital to help communities become more resilient to climate shocks and stresses.

Rebecca Wodder is a nationally known environmental leader whose career in conservation began with the first Earth Day. As president of the national river advocacy organization, American Rivers, from 1995 to 2011, she led the development of community-based solutions to freshwater challenges. From 2011 to 2013, she served as senior advisor to Secretary of the Interior Ken Salazar. Previously, Rebecca was a vice president at The Wilderness Society, and a legislative assistant to Senator Gaylord Nelson. In 2010, she was named a Top 25 Outstanding Conservationists by Outdoor Life Magazine. In 2014, she received the James Compton Award from River Network. Through her River Revival Project, Rebecca explores the ways in which freshwater conservation efforts can revive social and natural capital in American communities. She serves on the boards of River Network, the Potomac Conservancy, and the Nelson Institute for Environmental Studies at the University of Wisconsin-Madison.