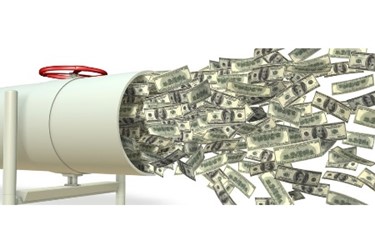 Based on recent savings achieved in just 13 months of almost $300,000 for one water company, Designed Network Solutions (DNS) say that the best way to deal with leak-causing surge and transient issues is to complete a full analysis across all networks.

Craig Stanners from DNS commented: “For this same water company, protecting their assets with a smooth network profile took their burst rate from 133 per year to zero. It can be done - without significant changes to the infrastructure. And the savings of a quarter of a million pounds were for just a small part of their District Metered Areas (DMAs). Money that can be saved in the UK water industry runs into millions of dollars”.

Stanners pointed to the industry’s current lack of technical knowledge, the increasing number of ageing pumping systems and maintenance teams that are out firefighting hundreds of leaks every day.

“Hearing this described as some sort of ‘asset protection’ is risible”, said Stanners, “especially when we have water shortages in the south of England. The term ‘smart networks’ is also much over-used. If you cannot get water from the source to the end user, it doesn’t matter how supposedly smart and advanced the solutions are”.

Stanners claims that the door is wide open to save water, save money and get a return on investment in less than two years – as well as massively reducing the cost of maintenance, water production, electricity - and SIM points. He also believes that water companies should create comprehensive maintenance schedules for key assets, rather than waiting for issues to arise.

“Reduced leakage, reduced burst frequencies and a far more efficient network can all be achieved at source, rather than tearing around, carrying out never-ending repairs. Even the best pumps are going to have problems when they are running 24/7, inevitably causing cavitation, bursts and leakage that often remain undetected until a major event such as a sinkhole happens”.

Regardless of the age or type of material in the ground, the force of water, according to Stanners, will always find the weakest point, but as has been proved with one UK water company, burst rates can been eliminated.