Wastewater Transformed From Problem To Profit 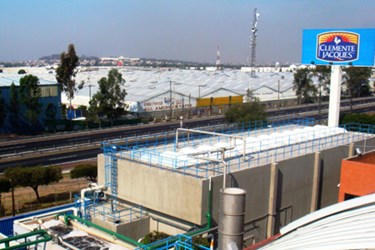 Latin America and the Caribbean have rich potential to replace fossil fuels with green energy as technology delivers profitable and environmentally friendly alternative sources of heat and electricity generation.

The region’s renewable energy endowment is large enough to cover its projected 2050 electricity needs 22 times over, according to a new report commissioned by the Inter-American Development Bank (IDB), Rethinking Our Energy Future.

The IDB report*, delivered this year, addresses a series of myths surrounding renewable energies, noting that several of these alternative technologies have become price competitive with conventional technologies, offer good investment opportunities and should be taken into consideration by policymakers aiming to diversify their national energy matrixes, reduce fuel supply vulnerabilities and cut greenhouse gas emissions.

Instead of being an environmental problem, these wastewater streams can be treated anaerobically to simultaneously clean the water to high discharge standards while producing biogas (methane) to generate green electricity or to fuel boilers and other factory plant fuel consumers.

Anaerobic technology plants can typically pay back the cost of their introduction within two years or even less –and then go on working 24/7,virtually in perpetuity, to provide biogas for their owners, who can use the energy for their own purposes or deploy gas-fired generators to sell electricity back to the grid.

The technology has broad potential: advanced anaerobic treatment such as that installed in Latin America by GWE– and proven at more than 300 food, beverage, agro industry and processing plants worldwide –can be used wherever industry has a biological waste stream or wastewater with high organic carbon or COD (chemical oxygen demand) of natural origin that can be broken down into biogas by anaerobic bacteria.

Early Latin American adopters of anaerobic technology are already reaping millions of dollars a year in benefits and planning further extensions to expand the concept.

Ecuador’s leading brewery, Cerveceria Nacional (CN), is introducing a second waste-to-biogas plant that is expected to increase the company’s savings by more than $US 25million worth of green energy over the next decade, while also benefitting the environment.

The new GWE installation commissioned by CN – a subsidiary of the SAB Miller Group – expands on the success of its first plant, which already produces the equivalent of more than 6,000kg of fossil fuel a day by extracting biogas from the plant’s wastewater stream at its Guayaquil plant.

The latest installation, producing the equivalent of 3,000kg of fossil fuel a day, is at CN’s Quito plant, where the GWE wastewater treatment plant was carefully integrated in the relatively small area of the brewery in order to respect and preserve the scenic surrounding landscape of Cumbaya, one of the most beautiful suburbs of Quito.

“After the huge savings observed in the first installation at the Guayaquil plant and in line with the high level of respect for the environment that CN stands for, GWE was awarded a second biogas reuse system project which was successfully started up this year.”

“This system, drawing on a 3,000 m3 per day wastewater treatment plant, is producing biogas for the main boiler of the brewery, which is a brand new boiler (for 20 tons of steam per hour) and generating savings of up to 3,000 kg of fuel oil per day.”

One of the success stories of beer brewing in Latin America, Compañía Cervecera de Nicaragua (CCN), is also embarking on a wastewater-to-energy initiative with a brand new GWE wastewater treatment and biogas reuse plant at its brewery in Managua.

CCN, founded in 1926, is Nicaragua’s biggest brewery. One of its beers, the Toña, launched in 1975 has more than 85 per cent market share in Nicaragua and it is exported to the US. Toña has become a national symbol in its own right, featuring on its label the volcano San Cristobal and the legendary railway to the sugar mill of San Antonio.

At CCN, GWE has designed and installed an anaerobic reactor incorporating ANUBIX™-B technology for 13 tons of COD throughput per day, as well as a biogas use system installed at one of CCN’s boilers, which allows CCN to save up to 3,000 kg of fuel oil per day. A revamp of the plant’s aerobic and a complete sludge dewatering systems have also been included in the current project.

Top: GWE’s ANUBIX™-B reactor at CCN. The biogas emergency flare shows up in the first plan and the column of the plant’s GASODRIX™ drier shows up on the right side of the picture. Bottom: A view of GWE’s biogas system installed at one of the CCN boilers. The new panel and the oxygen analyzer are visible.

The CCN project is GWE’s second in Nicaragua. It follows two large ANAMIX™-M digesters fed on wastewater or ‘slops’ from a cane molasses-based distillery which has been installed at the factory that produces the famous rum Flor de Caña.

A global exporter of diversified food and beverage products, Sabormex, is capitalizing on the benefits of its existing high-efficiency wastewater treatment plant by installing a GWE complete biogas reuse system to replace fossil fuels with green energy.

Founded in 1964 in the city of Puebla, Sabormex (“Mexican flavor”) is behind a large number of well-established Mexican brands including Clemente Jacques (sauces and dressings), La Sierra (canned foods) or Tazza, Garat and Familiar (coffee). These brands are exported to more than 20 countries bringing the authentic Mexican flavor to different corners of the world.

Such diversified production results in very fast and significant changes in the composition and flows of the company’s wastewater, which, before treatment, often contains high concentrations of fat, oil and grease and generally high levels of total suspended solids and COD.

In order to deal with the variable characteristics of the wastewater, GWE engineered and installed a robust ANUBIX™-B anaerobic reactor designed for 24 tons of COD per day. This reactor, operating since 2011, has shown consistently very high removals and stable performances, says Mr Cruz.

All the suspended solids and fats sent to the waste water treatment plant are first separated in a Dissolved Air Flotation installation which generates up to 100 m3 of primary sludge every day. In order to digest this primary sludge, which is very rich in organics, GWE has installed an ANAMIX™-T reactor. This is a thermophilic continuous stirred-tank reactor which achieves high removals of pollutants even while fed with a difficult stream containing high concentrations of fat and solids. Up to 10 tons of COD per day are fed to this ANAMIX™-T, with the system achieving high removal efficiencies of more than 80%.

Startup of this reactor took only a few weeks, thanks to a special seed sludge collected from another GWE ANAMIX™-T which had been operating in Belgium for several years. An innovative method of preserving the activity of bacteria developed by GWE means this seed sludge can be shipped overseas in regular containers.

Top: View of the concrete ANAMIX™-T reactor at the final stages of construction. Bottom: Pictures of how the thermophilic seed sludge has been stored inside a 40’ container for shipment from Belgium to Mexico.

Following on from the success of the wastewater plant, Sabormex has subsequently ordered from GWE a complete biogas use system in order to burn the biogas generated by the two anaerobic reactors. This will generate 6,000 Nm3/day of biogas, allowing savings equivalent to up to 8,000 kg fuel oil/day.

The quantity of biogas to be produced by Sabormex is equivalent to about 2,650 tons of the fossil fuel equivalent per year, worth more than $US 2 million in the first year and well over $20 million in its first decade.

Modern anaerobic processes vastly concentrate the process in environmentally harmonious closed reactors, operated under ideal temperature and process control to optimize waste degradation and, in the process, generate large quantities of methane (CH4) from the organic materials in the wastewater.

“The quantities of methane produced can diminish or even completely replace the use of fossil fuels in the production process,” says GWE Chairman and CEO Mr Jean Pierre Ombregt. “One ton of COD (chemical oxygen demand) digested anaerobically generates 350 Nm3 of methane, equivalent to approximately 312 liters of fuel oil, or generates about 1,400 kWh of green electricity.”

As a result of their efficiency, anaerobic digestion facilities have been recognized by the United Nations Development Program as one of the most useful decentralized sources of energy supply, as they are less capital-intensive than large power plants. They can also benefit local communities by providing local energy supplies and eliminate the need for large and often smelly and environmentally challenging anaerobic lagoons.

“Most industries have not realized the potential of this green energy cash cow,” says Mr Ombregt. “They have mainly been focusing on treating their effluent to meet local discharge standards at the lowest possible investment costs. By doing so, wastewater treatment installations have only generated additional operating costs and have never been seen as revenue generators.

“However, applying anaerobic wastewater treatment sheds a whole different light on the cost structure of wastewater treatment infrastructure. It can now actually become a substantial additional source of income for many factories and processing plants throughout the world, including the food, beverage and agro industry and other primary product processing.”