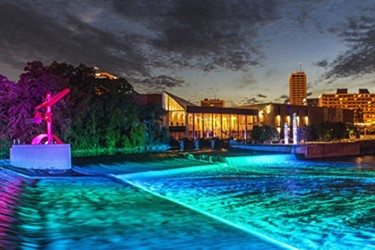 The St. Joseph River has long shaped South Bend’s economy, especially during the mid-20th century, when the river was the conduit to heavy industrial development such as Studebaker and the Singer Sewing Company. Despite the demise of heavy industry in the 1960s, the City is still the economic and cultural hub of Northern Indiana, and the St. Joseph River is still the central downtown attraction. Over the past decade, the City’s population has started to grow for the first time in 50 years, and the old Studebaker plant and surrounding area is being re-ignited as a technology center to attract new business.

To reduce the 1-2 billion gallons of polluted water dumped in the St. Joseph River annually, and the huge environmental, social, and economic costs associated with the ongoing issue, the City embraced a way to harness intelligent watershed technology to optimize its existing sewer system, without the need to build costly new gray infrastructure.