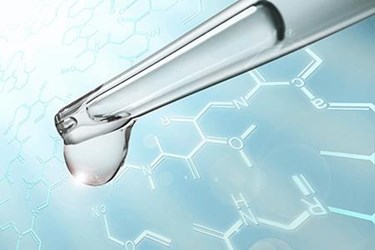 After 40 years, the 1976 Toxic Substances Control Act (TSCA) has finally been updated, much to the delight of most — but certainly not all.

The old rule was woefully outdated for the scores of chemicals that have proliferated in consumer goods and eventually passed through our water system and into the environment. Some chemicals, such as perfluorooctanoic acid (PFOA) and perfluorooctane sulfonate (PFOS), even wind up in drinking water and are likely carcinogens. So who wouldn’t agree on the revision, now that 65,000 or so unregulated chemicals, in addition to any new chemical concoctions, will be checked by the U.S. EPA for safety?

The dissenters may have legitimate points, but putting the EPA in charge is obviously much wiser than granting free rein to chemical manufacturers.

Bernie Sanders, for one. But that’s not because he supports the big chemical manufacturers (of course not, if you’re familiar with Bernie at all). Senator Sanders and Congressman Peter Welch, both of Vermont, are among the minority of legislators who have raised issue with the new law on the grounds that federal jurisdiction will ultimately preempt stricter state laws.

Hypothetically, consider again PFOA and PFOS, best known as the chemicals behind DuPont’s Teflon and 3M’s Scotchguard, respectively. This May, the EPA issued a new lifetime drinking water health advisory of 70 parts per trillion (ppt) for the PFOA-PFOS combo — a good bit below its previous, separate recommendations of 400 ppt for PFOA and 200 ppt for PFOS. However, Vermont set its own advisory level for PFOA at 20 ppt in 2009. Herein lies the problem: Some localities with increased incidence of certain chemical contaminants, and thus increased community concerns, would like to go beyond the guidelines and/or regulations that the EPA might set. For some states, “reasonable certainty of no harm” — the abiding safety standard of the EPA — might not be enough.

The above is hypothetical in that the bill allows state laws or rules put in place before April 22, 2016 to remain, but it points to the objection being raised in Vermont as well as Connecticut, Minnesota, New Hampshire, New York, and Washington — all with state environmental officials who have objected to the constraint. In a joint statement, the six officials said, “To be clear, there are good elements in the legislation. However, state authorities are excessively and unnecessarily preempted, in exchange for the promise of federal protection that is too meager.”

But there may still be a window for wiggle room. A provision exists that allows states to act on a “high-priority” chemical if the EPA has yet to begin its own risk evaluation of the chemical. Failing that, a “regulatory pause” ensues for up to three-and-a-half years as the EPA conducts its review; the EPA’s findings would then determine the course of action for all — “meager” or not. The dissenters may have legitimate points, but putting the EPA in charge is obviously much wiser than granting free rein to chemical manufacturers. Forty years later, common sense finally won out.