To the Rescue: The DIMMINUTOR® Makes A Difference At Ross Valley Sanitary District 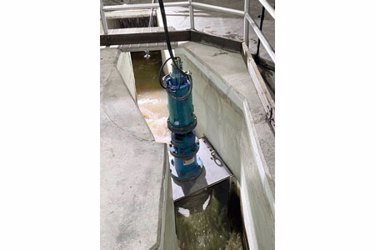 Ross Valley Sanitary District in San Rafael, California services approximately 47,000 mostly residential customers over a 27 square mile service area. They have 5 major pump stations, which is where Ross Valley found themselves having the most trouble. The existing channel grinders were simply not reliable. “It was a constant headache,” said Philip Marcantonio, Senior Collection System Worker. “The pumps were ragging up sometimes twice a week and sometimes twice a day.” The plant reported that the machines were not efficient at all. “It was a lot of extra work on us to keep the stations going,” Marcantonio said. On top of that, the constant downtime was causing even more than extra work; it was costing the district a lot of money. They knew this was not a sustainable system to keep their plant and stations running.