The Navigable Waters Protection Rule: What It Means For Your Project 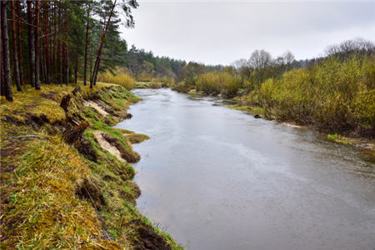 The much-debated topic of what the federal government does or doesn’t have jurisdiction over — what is or isn’t a regulated water — has provoked change on and off for the past 60 years. Now it’s changing once again.

On Oct. 22, 2019, President Trump formally repealed the 2015 Obama-era rule defining the “waters of the United States,” as applied under the Clean Water Act, prompting the U.S. Environmental Protection Agency (EPA) and the Department of the Army to revise the definition. The previous act — which expanded federal control over several types of waterbodies, particularly tributaries, adjacent waters, and wetlands — has sparked numerous discussions ever since its inception.

On June 22, 2020, the Navigable Waters Protection Rule — which fulfills Executive Order 13788 and follows legal precedent set by previous Supreme Court cases — went into effect. Overall, it narrows the scope of what falls under federal jurisdiction, removing interstate and ephemeral streams, water features, and nonadjacent or isolated wetlands as part of the “waters of the United States.” According to the Final Rule, resources covered within the refined definition include:

A few other features were specifically called out as being excluded from the waters of the U.S. definition as well, including groundwater, ditches (that are not relocated tributaries), prior converted cropland, artificially irrigated areas, artificial lakes and ponds, stormwater control features, and waste treatment systems. However, the exclusion of groundwater already has been called into question in a recent Supreme Court case (County of Maui, Hawaii v. Hawaii Wildlife Fund).

The finalized rule establishes a clear distinction between federal waters and waters that are under control of states or other governmental entities (counties, Native American tribes, etc.). Many of these entities already have regulations in place to protect those waters not included under federal protections. States that don’t have local regulations, however, might be more inclined to develop their own rules to increase protection of the waters no longer included in the “waters of the United States.”

Additionally, the change in wetland regulations has resurfaced the challenges associated with identifying and mapping a potential jurisdictional body of water. Outside of the 1987 Wetland Delineation Manual and various regional supplements used to verify a wetland and delineate boundaries, other identification methods include U.S. Geological Survey topographic data, state and local maps, and the U.S. Fish and Wildlife Service’s National Wetlands Inventory, among others. However, these remote tools and resources weren’t designed for this purpose, so field verification is required. For guidance, additional in-depth analysis on the EPA’s implementation and mapping plans has been released as well.

What This Means For Permitting

Projects that already obtained a permit can be constructed under the existing permit; they essentially are grandfathered in. Those that will be affected are ones where a delineation was already conducted or is about to take place, but a permit has yet to be secured. It would be advantageous for those who recently obtained a permit — or plan to in the next couple of years — to review and understand federal jurisdiction under the new rule. If construction hasn’t started yet and impact studies haven’t been completed, it might be possible to submit a request to review jurisdictionality, with the possibility of fewer mitigation requirements, which, in turn, provides cost savings.

With this change, however, comes the probability of longer permit review times. As with any new federal process, it takes awhile for the U.S. Army Corps of Engineers (USACE) to become efficient at implementing the new guidance, so review times get extended (maybe even doubling the previous timeframe). Additionally, this rule increases the amount of paperwork required (similar to post-Rapanos era) to adequately document why a specific body of water or water feature doesn’t fall within federal jurisdiction. Combined with the vacatur of Nationwide Permit 12 for use on pipeline projects, USACE project managers have many new challenges to overcome when issuing a permit.

To successfully wade through details of the Final Rule, as well as to determine how it affects you and your project, takes in-depth knowledge of the environmental landscape and its regulations. An environmental consultant, one who is intimately familiar with past and present rules and regulations, can streamline the process, develop innovative solutions to permitting challenges and deliver results. Knowing what options are available, from wetland jurisdictionality to alternative permits, allows owners and projects to confidently move forward.

Sarah Soard is a project manager and the technical services manager for natural and cultural resources at Burns & McDonnell. She is certified as a Professional Wetland Scientist by the Society of Wetland Scientists and has nearly 20 years of experience in environmental permitting.