The Digital Transformation Of Water In Gandia 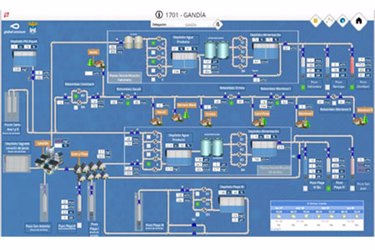 Over the last two decades, the water industry has undergone a revolution that has shaken its business model to the very core. Utilities, which have traditionally been excluded from innovative solutions as a result of being tied into relatively long concession contracts, are now encountering growing demands from consumers and government to become more accountable for their services.

This fundamental change in their business model has been strongly influenced by technological developments that have taken place in the 21st century. The improvements in technology both inside the water industry (such as drive-by and walk-by meters, flow meters, improved sensors, integration platforms and fixed network smart meters) and outside it (the digital transformation of
society and the customer-centric business model) have moved utilities away from their traditional role as water suppliers. They are now seen as more complex, transparent service providers that understand their customers and provide them with added value.