The Benefits Of Single Rolling Diaphragms In Automatic Control Valves 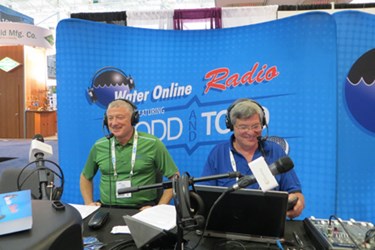 Control valves are normally operated by diaphragms. Traditionally these diaphragms are flat but as Brad Clarke, VP of Sales and Marketing for Singer Valve explains, a control valve featuring a rolling mechanism diaphragm offers some tangible benefits.

Most notably, the single rolling diaphragm provides increased stability when the valve is operating at low flow. By having good stability through the entire stroke, a control valve with a single rolling diaphragm continues to operate smoothly during low flow periods which are typically at night. This stability prevents the undulations that cause detrimental pipe surges and pressure in pipe systems that can lead to over-pressuring, pipe breaks and leakage.

Due to the control valves performance across the entire stroke, utilities can install one valve instead of one large valve and one small valve to control the different flows throughout the day which cuts down on maintenance and valve chamber size and construction costs.

Clarke also argues that when you do have a large pressure fluctuation in your system, the rolling diaphragm is much quicker at reacting to the change than a flat diaphragm.

To learn more about single rolling diaphragms and a large control valve installation in Malang, Indonesia benefiting from this technology, click on the player below: