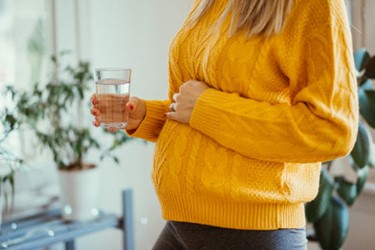 Many public drinking water supplies contain fluoride, which is added by water systems to help prevent tooth decay in consumers. But a new study has called into question whether those health benefits are outweighed by potential health risks.

“A study of 512 Canadian mothers and their children, published in the journal JAMA Pediatrics … suggests that drinking fluoridated water during pregnancy could damage kids’ brains,” according to Insider. “In the study, boys between the ages of 3 and 4 years old whose mothers drank fluoridated water had slightly lower IQs (about 4.5 points lower, a small but noticeable difference when you consider that the average IQ score is around 100 points.)”

The study results have raised some red flags for consumers, adding fuel to an ongoing anti-fluoride movement. Fluoride addition began at public water systems as early as the 1940s, with the Centers for Disease Control and Prevention crediting the program with reducing cavities by about 25 percent in consumers. But opponents have linked the mineral to adverse health effects — including IQ loss — for years.

“This new study, if further evidence supports it, may give more scientific weight to the idea that fluoridated water is not the best route to prevent cavities,” per Insider.

However, for now, scientists are arguing that while this study is worth factoring into the equation, it is not enough on its own to completely condemn the practice of fluoridating drinking water.

“[Neurology professor David Bellinger] says it’s important not to read too much into a single study, but this one certainly raises important issues,” NPR reported. “Though it will no doubt play into the decades-long controversy over whether to add fluoride to public water supplies, he says that is misleading. The study found even in cities that had fluoridated water, women got most of their fluoride from other sources, such as food, tea and toothpaste.”

In any case, the findings of this study are almost certain to spur more research into the topic. While the controversy around fluoride in public drinking water supplies won’t die down any time soon, more research may better inform the approach taken by drinking water utilities.