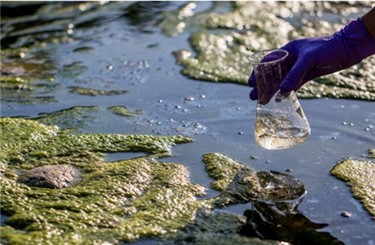 Imagine being violently assaulted or murdered for protecting the water resources, environment or the lands that your community is built on. This is the reality for a growing number of environmental and land rights activists all over the world.

The Global Witness’ report Enemies of the State? records 164 murders of environmental and land rights activists in 2018, averaging out at approximately three per week. Latin America is ranked as the most dangerous place for environmental activists, with over half of all murders occurring there.

Many of the conflicts are linked to water. In an extremely worrying development, the number of murders perpetrated against activists struggling to protect their water resources saw a three-fold increase, from four in 2017 to 17 in 2018. Many of the murders and assaults were related to the mining and extraction industries with a total of 43 activists murdered, some of those as a result of their stance on water pollution. Similarly, many of the protests, against agri-business revolved around pollution and water scarcity issues.

The continuing wave of violence appears to be driven by several factors but seem to mark the beginning of an increasingly dangerous era for environmental defenders. With the climate crisis, rapid depletion of forests, degradation of eco-systems and unprecedented population growth, there is a real risk that violence against environmental activists will increase as the demand for scarce resources becomes even greater.

Many of the attacks and murders have taken place in countries without freedom of the press, where governments and NGOs do not have accurate or adequate monitoring systems and conflicts have led to land grabs, murders and assaults in the absence of functioning governments and judiciaries. The situation is also exacerbated by a disturbing trend across the globe with more authoritarian governments using rhetoric against environmental protesters, branding them as terrorists.

“There is a growing recognition of the strong links between human rights and a healthy environment. What is especially alarming is that poor and indigenous groups, often hit the hardest by climate change and environmental degradation,  are at particular risk of being harassed when they try to protect their lands and water resources through peaceful means,” says Torgny Holmgren.

The importance of reversing this disturbing trend will be discussed during this year’s World Water Week, 25-30 August, held in Stockholm on the theme Water for society – Including all.