Say No To The Straw 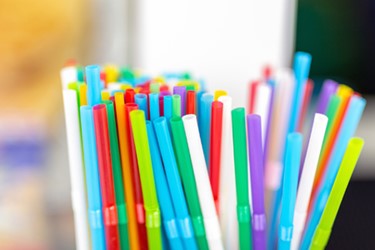 It is almost too heart-breaking to watch. In the YouTube video, marine biologists from Texas A&M University extract a plastic straw from a sea turtles’ nose as the creature winces in pain. Today that video has been viewed more than 22 million times, drawing attention to the hazard that plastic straws present to animals and our environment.

It has long been acknowledged that the eight million tons of plastic trash flowing into the world’s oceans each year is a growing problem. California banned single-use plastic grocery bags in 2016 becoming the first state in the nation to do so and joining a host of countries including China, France, and Kenya the world over. Other plastic-based products including plastic plates, Styrofoam cups and celebratory balloons have come under the regulator’s eye.