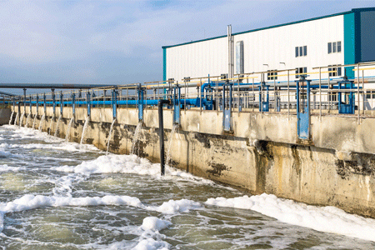 Raw sewage contain chemicals, biological contaminants, suspended solids and gases that must be removed before the water can be re-used or passed to a receiving environment such as the sea, rivers, lakes or canals.

Of these three stages, secondary treatment is the most crucial part as this is where aerobic bacteria is allowed to consume the organic matter in the sewage through a process called aeration.