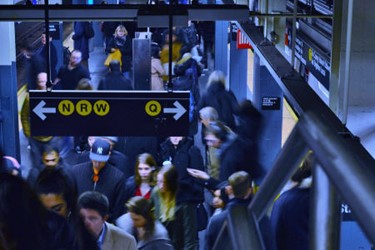 Unfortunately, water main breaks might be the most high-profile way in which the public interacts with drinking water or wastewater infrastructure. And of all such incidents, none are more high-profile than when they occur in the country’s biggest city.

Earlier this week, a water main break caused damage to buildings and subway delays in Manhattan’s Upper West Side, reportedly spilling 500,000 gallons of water before it could be turned off.

“Emergency crews are on the scene working to repair the problem, officials said, and the water was shut off around 8 a.m.,” CNN reported at the time. “It likely will take days to complete work and restore streets, said Vincent Sapienza, Commissioner of the Department of Environmental Protection.”

A section of Broadway was flooded so badly that it resembled a river, three local buildings reported “significant damage” due to the flooding, and local residents had dark-colored water coming from faucets.

“Sapienza said there are no concerns about water quality and residents should let the water run until clear,” CNN reported.

But of all the consequences of the break, perhaps none were more disruptive than its effect on the local subway system.

“The deluge … has seeped onto the tracks, forcing the [Metropolitan Transportation Authority] to suspend service on the 1, 2 and 3 lines between Times Square and 96th Street until at least 2 p.m.,” according to Gothamist. “The surprise shutdown was having a ‘domino effect’ on 4, 5, 6, A, B, C, and D service throughout the morning, leading to herds of frustrated commuters at stations from Washington Heights to Brooklyn Heights. Bus routes near Midtown have also been afflicted by severe delays.”

At the time of this writing, the cause of the main break was not clear.

“Officials have not yet named the source of the leak, though the local block association put the blame on the areas 120 year old pipes,” per Gothamist. “A recent report from the Center for Urban Future found that the city has accelerated its repair of aging water mains. At the same time, new developments, including the climate crisis, were posing added stresses to the decrepit infrastructure.”