3M Announced It Will Stop Making PFAS. What Does This Mean For Water Providers?

By Michael DiGiannantonio and Ken Sansone 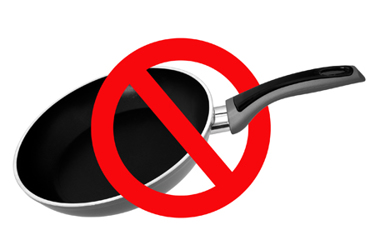 Earlier this week 3M announced that it will stop making PFAS (per- and polyfluoroalkyl substances), a group of thousands of chemicals it has produced for decades, by 2025. 3M’s announcement begs the questions of why the company is taking this action now, and what does it mean for water providers across the country. While there may not be one simple answer to the first question, it seems that 3M’s past actions have finally caught up to the company and that the legal efforts to expose the harms of PFAS, dating back to the first case in 1999, as laid out in the movie Dark Waters, have led to significant change.

The growth and progression of litigation, particularly in the aqueous film forming foam (AFFF) multidistrict litigation (MDL) that has the first bellwether case being scheduled for trial in mid-2023, are likely factors in 3M’s decision. Over the past two decades, such litigation has helped expose not only the dangers of these chemicals but how much 3M knew and withheld about those dangers. It has also helped lead to more stringent government regulation of those chemicals, both at the state and federal levels, particularly over the past several years. With increased legal, regulatory, scientific, and public scrutiny of PFAS, the writing was on the wall that 3M could no longer produce these toxic chemicals. More water providers are filing new actions all the time, as are more state attorney generals. In addition to water providers, there are other groups of plaintiffs in the MDL (for example, personal injury plaintiffs). While litigation over PFAS has been going on for more than two decades, it has increased dramatically over the past several years.

Another factor likely to have influenced this decision is the new federal drinking water standards from the U.S. Environmental Protection Agency (EPA) that are expected to be issued at any time. Several states have also been moving towards increased regulation and there has also been movement around the globe to restrict the use of PFAS.

Whatever 3M’s reasons, it is good that the company will finally discontinue producing this family of chemicals that can be harmful to people and the environment. But there’s a real risk here that some of the public, perhaps unaware of how persistent and pervasive PFAS contamination has become, will think that is enough. These chemicals, also known as forever chemicals, do not break down easily, and as the EPA recognizes, they are now present in our water, soil, air and food. Water providers, in particular, still have to deal with PFAS that has already contaminated public water supplies.

Under the UCMR 5, most water providers will be required to test for some of these chemicals starting in 2023, and with new federal MCLs expected any day, these chemicals will need to be removed from many drinking water systems. This is going to require significant planning, budgeting, and building of new treatment facilities or extending existing plants. Operation and maintenance of these facilities will take decades, and the cost of such remediation is on the rise, as the demand for these technologies is taking off. Discontinuing the production of PFAS is a start, but water utilities are still facing a problem that has been in the making since the 1940s.

Water utilities and their ratepayers should not be left with the cost of cleanup, so it is likely that more water utilities will take legal action against PFAS manufacturers to pay for the necessary remediation. 3M’s announcement is not likely to affect pending water provider litigation much, as lawsuits are being filed to address current contamination. Such contamination needs to be remedied regardless of whether 3M continues to produce PFAS. With more water providers testing for PFAS and realizing they have a problem; we may be seeing the tip of the iceberg. There is no contaminant that’s had the widespread and long-term impacts that PFAS has — the situation is unprecedented.

As the public, in general, is becoming more aware of the hazards of PFAS exposure, particularly in drinking water, more resources are being allocated to address the issue. There are more scientific studies being conducted about the health hazards of PFAS, more grants are being issued to study PFAS, and with more media coverage on the pervasiveness and harms of this family of chemicals. The public is advocating for change and demanding answers.

There are still many questions that need answering when it comes to PFAS, including why did it take this long for 3M to discontinue producing PFAS, and what does 3M mean when it says that it will “continue to remediate PFAS?” But perhaps the most pressing question facing water providers across the country who are already dealing with PFAS contamination and concerned ratepayers is, “How does 3M’s announcement help us fix our current PFAS problem?” And the disappointing answer is — it does not.

Michael DiGiannantonio is an attorney and Ken Sansone is partner at SL Environmental Law Group, a firm that focuses exclusively on representing water suppliers in contamination cases.