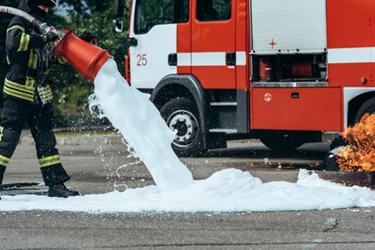 On September 15, 2022, Judge Richard Mark Gergel of the United States District Court for the District of South Carolina denied 3M’s latest attempt to evade liability for harm caused by “forever chemicals” it manufactured — per- and poly-fluoroalkyl substances (PFAS) — that were contained in aqueous film forming foams (AFFF). Specifically, after reviewing the record in the light most favorable to the non-moving parties, the Court denied 3M and other co-defendants’ Motion for Summary Judgment on the Government Contractor Immunity Defense, explaining at the outset of its opinion that the Defendants, “as manufacturers of C8-based products at issue in this litigation, had significantly greater knowledge than the government about the properties and risks associated with their products and knowingly withheld highly material information from the government.”

What Is Government Contractor Defense?

Defendants made several arguments that they satisfied the “reasonably precise” requirements of the first prong of the Boyle test. First, Defendants argued that the MilSpec was a reasonably precise specification as a matter of law. The Court disagreed, explaining that the MilSpec did not specify the use of a particular formula or C8 chemistry, and that it was far less detailed than specifications at issue in cases relied upon by Defendants. Second, Defendants argued that there was “genuine government participation in the design” of their MilSpec AFFF. The Court rejected this argument, noting that genuine government participation entails an extensive “back and forth” between the military and the contractor regarding the design process. The Court explained that Defendants had not put forth evidence of such extensive collaboration regarding each manufacturer’s MilSpec AFFF, and indeed, the manufacturers treated their formulations as proprietary information. Third, Defendants argued that MilSpec’s “stringent requirements” implicitly required that either PFOS or PFOA be present in MilSpec AFF. The Court rejected this argument as well, finding that MilSpec “plainly does not require PFOA, PFOS or any other C-8-based chemistry.” Having found the Defendants fell short on all of these arguments, the Court concluded, as a matter of law, that AFFF MilSpec was not a reasonably precise specification under the first prong of Boyle.

The Court concluded that there were “numerous instances in which 3M knowingly withheld highly material information about defects and risks associated with its AFFF product.” The Court provided a number of examples, including the fact that 3M pled ignorance in the face of two independent toxicologists who, in 1975, found an unidentified organic fluorine compound had been found in human blood samples, yet then conducted its own research that found the fluorine compound “resembled most closely” PFOS.  A year later, a team headed by 3M scientists confirmed that the toxicologists’ findings reflected the presence of PFOS. Yet 3M told no one outside the company of this finding for nearly 25 years, and an internal document showed that 3M’s own lawyers urged the company not to release the true identity of the compound. A few years later, a 3M scientist published an article stating that the mystery compound was not man made, but instead was a naturally occurring substance. The Court noted that while 3M was assuring the public and the government that PFOS was not a threat to health or environment, its own Manager of Corporate Toxicology was reporting internally that PFOS-based chemistry was “insidiously toxic” and thus 3M needed to replace it.

Yet the Court found instead that 3M represented that PFOS had no adverse effects on the environment, as evidenced by a 3M advertising brochure that stated its AFFF product was “neither toxic nor corrosive” and “biodegradable. Internally, 3M documents indicated the opposite, and in 1988 3M’s own Environmental Specialist advocated against “perpetuat[ing] the myth that these fluorochemical surfactants are biodegradable,” noting that this falsehood would likely be discovered, causing 3M embarrassment, fines, and withdrawal of products.

In addition, from the 1970s on, 3M conducted over 1,000 studies related to potential health and environmental effects of PFOS that should have all been disclosed to the U.S. EPA pursuant to the Toxic Substances Control Act. Yet it was not until 1998 that 3M began disclosing these studies, and it was fined by the EPA $1.5 million for this delay. The Court focused heavily on the ramifications of 3M’s delayed release of these studies, noting that “3M’s late disclosure of over 1,200 reports and studies between 1998 and 2000 has unleashed significant scientific inquiry and investigations both within the EPA and the general scientific community,” and that the extraordinary number of studies that followed 3M’s tardy disclosure “are a reflection of the profound lack of knowledge of the government and general scientific community about the properties and risks of PFOS, PFOA and related C8 products… .”

3M argued that, even if it did withhold information from the government, the government had enough knowledge to be aware of potential risks associated with PFOS. The Court rejected this argument, explaining that while the government may have come to learn that PFOS was not biodegradable and accumulated in human tissue, what it did not know was what effect PFOS being in the blood of the general population, in soil and in waterways has on human health and the environment.

The Court also noted that 3M’s late disclosure of its 1,200 studies triggered focused investigation at the EPA starting in approximately 2000, and led to the EPA and other federal agencies moving to restrict the use of PFOS as more information about the consequences of its use emerged. The Court then described a dozen such specific instances over the past two decades.

The Court thus concluded that there were material factual disputes concerning whether 3M’s decades-long delay in disclosing its internal studies about the health and environmental effects of PFOS (and related compounds) slowed the government’s knowledge and understanding of the danger PFOS posed. 3M could not demonstrate satisfaction of the first Boyle prong, and there were material factual disputes concerning whether 3M’s belated disclosures constituted a failure of its duty to warn under the third Boyle prong. As such, the Court denied 3M’s motion for summary judgment seeking government contractor immunity.

Having rejected Defendants’ arguments, the Court denied their motion for summary judgment on the government contractor defense, finding that the disputed issues of material fact require a full presentation at trial and resolution by a jury. The first such jury trial, Stuart v. 3M et al., is now scheduled to begin in June 2023.

Michael DiGiannantonio is an attorney at SL Environmental Law Group.