How Microgrids Could Boost Resilience In New Orleans 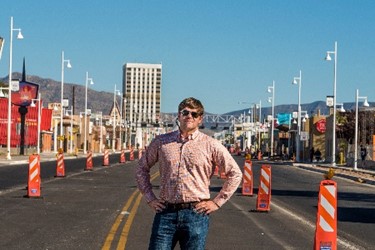 During Hurricane Katrina and other severe storms that have hit New Orleans, power outages, flooding and wind damage combined to cut off people from clean drinking water, food, medical care, shelter, prescriptions and other vital services.

In a year-long project, researchers at Sandia and Los Alamos national laboratories teamed up with the City of New Orleans to analyze ways to increase community resilience and improve the availability of critical lifeline services during and after severe weather.

The team used historical hurricane scenarios to model how storms cause localized flooding, disrupt the electrical system and cut off parts of the community from lifeline services. Sandia researchers then developed a tool to analyze and identify existing clusters of businesses and community resources in areas less prone to inundation — such as gas stations, grocery stores and pharmacies that could be outfitted with microgrids to boost resilience.

A microgrid is an area of hardened electrical infrastructure that connects multiple buildings through a system of localized power generation and automatic control, ensuring access to electricity for these buildings even if the bulk of a city’s power grid goes down. Sandia calls these microgrid hubs “resilience nodes” because they improve the availability of essential services to nearby neighbors by enabling enhanced adaptation, response and recovery from electric grid disruptions.

“I would say that in a large majority of the cases, the breakdown in providing services during and after severe weather can be traced back to localized flooding and a loss of electrical power,” Robert Jeffers, a Sandia systems scientist, said. “When you figure out how to keep the power on, you also enable all the other services the facilities could provide.”

The City of New Orleans’ primary community resilience goal, subject to a major storm event, is to safely provide citizens with critical infrastructure services as quickly and reliably as possible. The number of people without access to lifeline services became the resilience metric the research team used to evaluate potential grid resilience improvements.

The project was funded by the Department of Energy’s Grid Modernization Laboratory Consortium. The GMLC was established as a strategic partnership between DOE and the national laboratories to bring together leading experts, technologies, and resources to collaborate on the goal of modernizing the nation’s grid. It is one of the main components of the department’s Grid Modernization Initiative, a comprehensive effort to help shape the future of the nation’s grid.

Information also was obtained from Entergy New Orleans, the Sewerage and Water Board of New Orleans and the U.S. Army Corps of Engineers.

Applying historical storm data to model future impacts
Jeffers said the team started by asking what would constitute a worst-consequence storm scenario for New Orleans. When researchers posed this question to city and utility officials, a specific vision emerged: A Category 2 or low-level Category 3 hurricane — one that was not considered large enough for a mandatory evacuation or one that ends up being larger than forecast — makes landfall in New Orleans and stalls over the city. In this hypothetical scenario, the storm dumps 20 to 25 inches of rain during a 24-hour period and the dewatering pumps throughout the city function at a fraction of their maximum capacity during the first day of the storm. In such a scenario, he said, many residents would be displaced due to flooding and sustained citywide power outages and would lack access to basic services.

Researchers used two historic hurricane tracks that feature conditions with devastating consequences for analysis and modeling: Hurricane Katrina and an unnamed storm from 1947. The 1947 storm was chosen because it approached New Orleans from the southeast and moved up the Mississippi River, where critical infrastructure is located.

Researchers simulated these storms by using their actual trajectories and then modeled their impact at a range of intensities, speeds and rainfall amounts. Based on these simulations, they modeled the impact of the storms on the performance of critical infrastructures and associated lifeline services. The models accounted for recent resilience improvements implemented by the City of New Orleans, the Army Corps of Engineers, Entergy and private businesses after Hurricane Katrina.

Based on the storm modeling data and the output from the tool, Jeffers said researchers developed new algorithms to identify possible locations where a resilience node or alternative grid modernization strategies would have sizable impact on improved community access to lifeline services during and after a major electric grid disruption.

The city and other stakeholders are using the analysis to support consideration of microgrid technology within a resilience district.

More information about Sandia’s urban and community resilience work can be found at http://www.sandia.gov/cities/.