How IoT Could Open The Floodgates To Innovative Water Management Projects 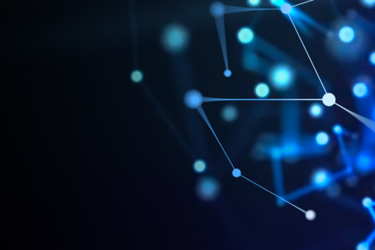 As the water industry continues to adopt more high-tech and data-centric solutions, it is important to consider the communications infrastructure that supports such investments.

The use of Internet of Things (IoT) technology in the water sector is no longer in its infancy. A new Wi-SUN study of UK and U.S. information technology (IT) decision- makers reveals that half of all companies with smart utility1 strategies have now delivered projects, up from 38% five years ago. But there’s still a long way to go as the industry gradually matures.

U.S. providers have a huge opportunity coming their way after Congress last year passed a landmark $1 trillion infrastructure spending bill. And IoT technology should sit front and center in their proposed projects. But success will depend a great deal on the quality of the underlying communications infrastructure on which such initiatives are built.

Why We Need Tech Innovation

These are challenging times to be a water operator in the U.S. According to the latest stats released in March, over three-fifths of the contiguous United States is now classified as suffering some form of drought. In just a month, the portion of the country in drought increased by an area larger than the state of California. In this context, it’s never been more important to find and fix leaks and encourage more responsible and efficient use of water by customers. Technology can help with both. In fact, we found that advanced meter infrastructure (AMI) is now the third most likely use case for IoT deployments, cited by 80% of respondents. That’s up from 67% back in 2017.

Water companies aren’t only looking to technology innovation to help conserve water use. Driving operational and cost efficiencies remains important, and increasing competitive advantage has become even more so over recent years. Some 92% of organizations, including utilities firms, now agree that they must invest in IoT over the next 12 months in order to stay competitive.

Yet there remain roadblocks. According to our research, only half (47%) of organizations polled in 2022 say they’ve fully implemented their IoT strategy, down from the 55% who said the same five years ago. It could be that projects and plans are becoming more ambitious, which is to be welcomed. But security, complexity, and the need to see proven ROI remain persistent technical challenges.

How The Right IoT Can Help

The benefits of IoT in the water industry are well recognized by now. With judicious use of edge computing sensors and other devices placed at strategic points of the network, operators can monitor flow and pressure to pinpoint with great accuracy and speed where leaks occur. Temperature readings can even be taken of the soil surrounding pipes, to detect when water is escaping.

Research tells us that a staggering 17% of water is lost from the average U.S. urban water utility before it even reaches end users.2 Such technology rollouts could substantially lower this figure, not only helping to conserve valuable water resources but also saving companies the costs associated with excessive leaks. They also save on costs and disruption linked to traditional methods of leak detection, such as the drilling of “dry holes” down to pipes, which can impact local traffic flows.

Similarly, intelligent IoT devices could help to monitor water purity levels to ensure compliance with sanitation standards and the management of graywater. The latter can help providers meet environmental mandates to optimize water use and support the requirements of agricultural customers for irrigation water.

Finally, there are customer smart metering systems, which utilize IoT technology to deliver more transparency and control to the end user. Both commercial users and consumers can leverage this enhanced visibility and control to limit their water usage and reduce wastage. For the provider, it’s not only about delivering an improved end user experience but also reducing costs otherwise spent on meter readings and other callouts.

Yet not all IoT systems are created equal. The communications backbone that such devices connect to is critical. Using 5G communications won’t work in these scenarios: It isn’t cost-effective or energy-efficient enough for the kind of devices used around the water network. Instead, field area networks (FANs) based on wireless mesh topologies offer the most reliable, cost-effective, and secure option.

They’re specifically designed for very large-scale outdoor networks and built on open standards, meaning a range of IoT devices such as advanced metering and pressure sensors could be plugged in without any concerns about interoperability. Open standards also mean more choice of device manufacturers, driving cost efficiencies and reducing the risk of vendor lock-in. And they open the door to cross-industry collaboration. Wi-SUN FANs can be incorporated into citywide smart streetlighting, for example, to create a canopy network off which water providers could hang leaf nodes for their edge devices. That means commercial opportunities with energy companies and local municipalities, which could reduce upfront CAPEX.

Because devices must be certified to rigorous standards, there’s added reliability, robustness, and security. The latter is particularly important for water providers in light of ongoing cyber threats3 to the water industry. IEEE-certified encryption and device certification ensures devices and networks can’t be spoofed and data cannot be intercepted, reducing the risk of sabotage, ransom-based attacks, or data theft. According to our research, security and safety remains the most common technical challenge among IoT project managers.

There’s a wealth of choice, innovation, and opportunity for U.S. water providers that know where to look. To optimize projects from the get-go, it pays to start from the ground up with secure, open, and standards-based networks. 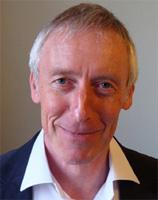 Phil Beecher is the president and CEO of Wi-SUN Alliance and a recognized global expert on wireless IoT. He can be reached at phil. beecher@wi-sun.org