Gross Expansion Is A Go After Federal, State, And Local Reviews Finalized

By Jay Adams and Todd Hartman

Project to raise dam will improve water reliability for more than 1.5 million people while benefiting the environment.

After nearly 20 years of preparations, the expansion of Gross Reservoir in Boulder County is moving ahead.

Last week, Denver Water took the final step necessary to proceed with the project after striking an agreement with Boulder County to take additional actions to offset impacts of the project.

The accord with Boulder County means Denver Water can proceed with the long-awaited project that will raise the dam, triple the reservoir capacity and mean far more water security for 1.5 million people in an era of more intense droughts, heavier rain events and earlier snowmelt — all driven by climate change.

“Today is an historic occasion for Denver Water,” CEO/Manager Jim Lochhead told Denver’s Board of Water Commissioners on Nov. 3, upon acceptance of the Boulder County agreement.

“We bring to a conclusion the federal, state and local review processes that will allow us to begin construction of the expansion of Gross Reservoir.”

Denver Water personnel will begin close coordination with Boulder County and others to prepare the area and local roadways for construction. Denver Water will continue to engage and communicate with project neighbors to ease impacts of the work.

“In the two decades Denver Water has spent preparing for the project, we have been driven by a singular value: the need to do this expansion the right way, by involving the community, by upholding the highest environmental standards and by protecting and managing the water and landscapes that define Colorado,” Lochhead said.

“Boulder County and its residents share these perspectives, and we look forward to continuing to work with them as the project moves ahead.” 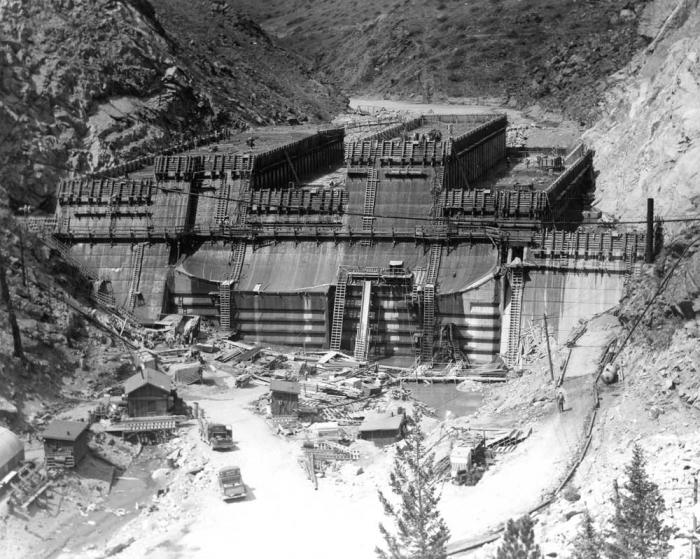 Gross Dam was built in the 1950s and named after Dwight D. Gross, a former chief engineer at Denver Water. It was built to store water from the West Slope that travels through the Moffat Tunnel, as well as water from South Boulder Creek.

“The original engineers designed the dam so that it could be raised twice, if needed,” said Jeff Martin, Gross Reservoir project manager. “Based on our water supply projections and current system shortfalls, that need is here."


Denver Water began the permitting process to raise the dam in 2003 and received approvals from the Colorado Department of Public Health and Environment in 2016 and the U.S. Army Corps of Engineers in 2017.

The plan cleared its final federal hurdle on July 16, 2020, when the Federal Energy Regulatory Commission gave its approval for the project and ordered Denver Water to proceed with design and construction. 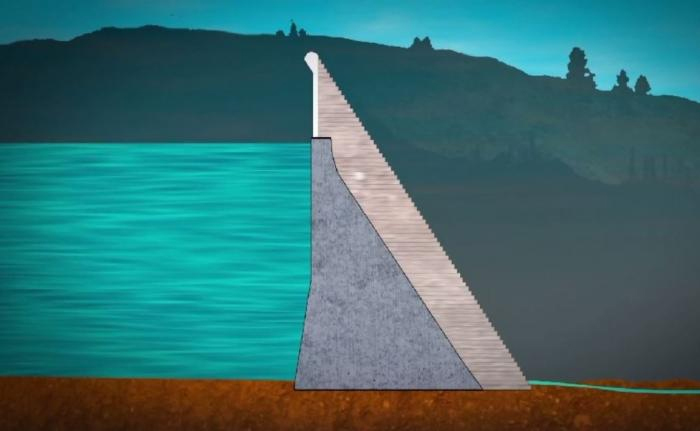 The graphic shows the existing dam and water level and how high the new dam will rise above the current water level. (Credit: Denver Water)

Expanding Gross Reservoir is a major part of Denver Water’s long-term, multi-pronged approach to deliver safe, reliable water to more than 1.5 million people today and those who will call the Front Range home in the future. That approach includes increased water efficiency, recycling water, and responsibly sourcing new storage.

The additional reservoir capacity will enable increased water capture in wet years to help avoid shortages during droughts. It will also help offset a current imbalance in Denver Water’s collection system that is a significant risk. 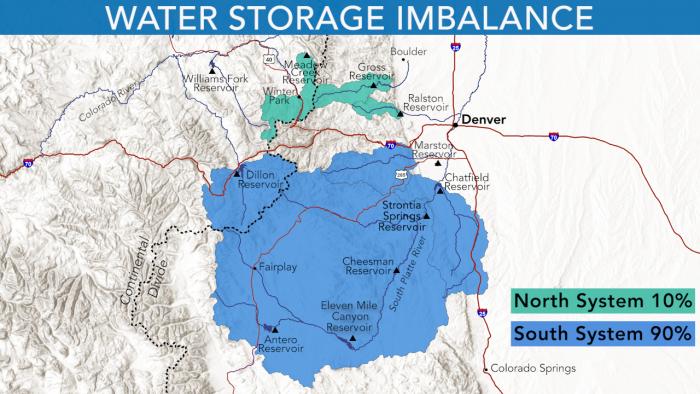 “By enlarging Gross Dam, we’ll be able to store more water in the north, which will improve our flexibility in the event there’s a problem on the south side that could come from any number of operational issues or threats, like wildfires.”

Once filled, the expansion at Gross will provide an additional 72,000 acre-feet of water storage, which is roughly the amount 288,000 residential households would use for one year.

In addition, 5,000 acre-feet of storage space in the expanded reservoir — known as the environmental pool — is reserved to support environmental needs as part of an agreement with the cities of Boulder and Lafayette. Water from the environmental pool will be used to provide beneficial stream flows along a 17-mile stretch of South Boulder Creek below the dam during dry periods to protect fish and aquatic insects.

Denver Water also has committed over $20 million to more than 60 environmental mitigation and enhancement projects on both sides of the Continental Divide as a result of the project. According to Colorado officials, those commitments will provide a net environmental benefit for the state’s water quality.

Denver Water will use its existing water rights to fill the reservoir when it is complete. Engineers expect it will take around five years to fill the newly expanded portion of the reservoir, depending on precipitation and water use from customers.

“In the end, this project won’t be judged by whether we raised the dam, but rather how we went about expanding the reservoir,” Lochhead said. “We will continue to seek community input and look forward to working with Boulder County as the project moves ahead.”