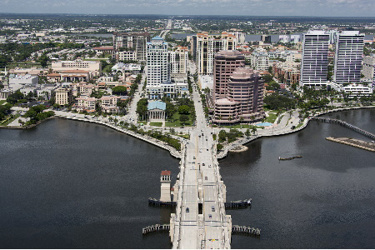 The customers of West Palm Beach Utilities, which serves its namesake as well as residents of South Palm Beach and Palm Beach in Florida, are upset after receiving a warning that blue-green algae may have left their drinking water toxic. And the contamination isn’t the only thing making them irate.

“[Palm Beach’s] mayor said she and everyone else should have been told about the problem much sooner,” WPTV reported. “Moore said some of the most vulnerable people in her town may have been drinking water for 10 days after a test showed toxic levels of a blue-green algae byproduct in the drinking water before they were finally warned not to drink it.”

Palm Beach County Emergency Management and Moore told WPTV that they were informed of the test results on the same day, about five hours before the public was notified that vulnerable consumers should not drink the water. But the mayor is apparently concerned that for some residents, this was far too late.

“The mayor said a few people in Palm Beach told her they had gastrointestinal illnesses … but adds, at this time, it can’t be traced to the drinking water,” per WPTV.

At the time of writing, questions remain about the precise timeline of when the city knew about the alarming test result and why it took so long for residents to be warned. As the utility worked to answer those questions and return drinking water quality to normal, bottled water was distributed.

“A steady stream of cars snaked toward a distribution point where West Palm Beach Fire Rescue staff members handed out cases of bottled water,” The Palm Beach Post reported. “Only one case was distributed per family, but more cases were loaded into cars with residents who were taking other residents with identification to the distribution point… The city had distributed 137 pallets of water, containing 199,500 bottles.”

Though the return to safe drinking water in the area was left as the utility’s main priority, it appears that regaining the trust of consumers will be a more drawn-out challenge.