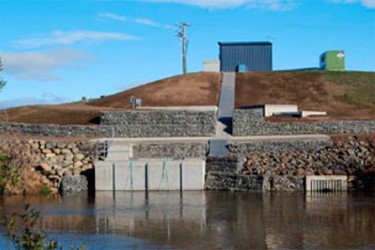 Located in the centre of Tasmania, Australia, the Milford project comprises a river water extraction pumping station that harvests water to a holding dam for off-season irrigation use. The river has a high one-hundred-year flood level, so the designers of the project originally specified inclined turbine pumps as the most appropriate and efficient pumps for the task. Sulzer developed a plan to install four large submersible pumps, which saved on infrastructure and meant that the contractor only had to build a typical submersible pump station at the river’s edge. It also meant that in times of flooding, the pumps would not be affected.