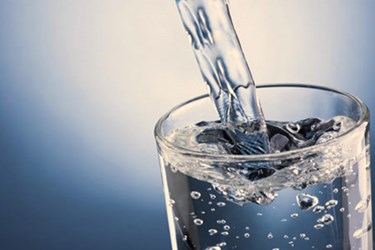 A U.S. EPA official gives insight into rulemaking decisions, contaminants of concern, and what regulations may be on the horizon.

The regulatory cycle never stops, but the pace of it dictates that there are no surprises when federal mandates are finally issued to drinking water utilities. No surprises, that is, if you have an eye on the process. To that end, let’s look at which contaminants are on the U.S. EPA’s radar, as reported by Eric Burneson, division director for Standards and Risk Management at the EPA’s Office of Ground Water and Drinking Water (OGWDW). Burneson recently spoke at a gathering of the Water and Wastewater Equipment Manufacturers Association to deliver an update.

Preliminary regulatory determinations can come from the EPA's Contaminant Candidate List (CCL) or from data pursuant to the Unregulated Contaminant Monitoring Rule (UCMR), which are often utilized in concert. From there, final regulatory determinations are made and a rule is proposed, potentially finalized, and made part of the National Primary Drinking Water Regulations (NPDWRs). Existing NPDWRs are continually evaluated as part of the EPA's Six-Year Review.

The SDWA requires the EPA to make regulatory determinations on at least five CCL contaminants every five years. The EPA is obligated to regulate a contaminant if there is determination that it meets the following criteria, documented in SDWA Section 1412(b)(1):

1) The contaminant may have an adverse effect on the health of persons;

2) The contaminant is known to occur or there is substantial likelihood that the contaminant will occur in public water systems with a frequency and at levels of public health concern; and

3) In the sole judgment of the Administrator, regulation of such contaminant presents a meaningful opportunity for health risk reduction for persons served by public water systems.

The EPA published the Third Contaminant Candidate List (CCL 3) in October 2009. It listed 116 contaminants, including 12 microbes (e.g., viruses and bacteria) and 104 chemicals — the latter a varied class consisting of industrial chemicals, pharmaceuticals, pesticides, and inorganics.

As the CCL 3 cycles through the regulatory process, the next list — CCL 4 — began its journey in Spring 2012 when the EPA requested nominations for contaminants to consider. The 59 contaminants that were suggested can be found in the CCL 4 docket (EPA-HQ-OW-2012-0217) available at www.regulations.gov, with Draft CCL 4 publication expected later in 2014.

To better understand the prevalence of potentially dangerous contaminants, the EPA mandates a number of drinking water systems facilities to conduct monitoring and reporting activities. Like the CCL program, the UCMR runs in long, overlapping cycles.

UCMR 3 monitoring began in January 2013 and ends in December 2015, and reporting runs through mid-2016. Two viruses (enterovirus and norovirus) and 28 chemicals are being watched. Among the chemicals are hormones, perfluorinated compounds, volatile organic compounds (VOCs), metals (including hexavalent chromium and total chromium), 1,4-dioxane, and chlorate. Occurrence data is now available representing full results for the first and second quarters of 2013, as well partial third- and fourth-quarter results. Further updates are to be posted continually on a quarterly basis.

With 25 percent of UCMR 3 data compiled, a clearer picture of the incidence of contaminants at private water systems (PWSs) is developing. Some key concern groups are summarized below:

Metals - According to the EPA's Burneson, many PWSs recorded "detections" — an amount above the minimum reporting level (MRL) — of various metals, but just 3.4 percent of the roughly 12,000 samples collected had measurements above the "reference concentration," which is considered to be the danger point. In virtually all cases, the metal that exceeded the reference concentration was Vanadium.

Chlorate – Detections of chlorate were found at 989 of the 1,449 reporting PWSs, with 35 percent reporting levels above the reference concentration.

VOCs – One or more VOCs were detected by 77 of the 1,451 reporting PWSs, but Burneson reported that "relatively few" of the measurements were above the reference concentration. That said, with regard to 1,2,3-trichloropropane, even though only 1.7 percent of facilities recorded detections, most all of them (1.6 percent) were above the one-in-10,000 danger point.

Perfluorinated compounds (PFCs) – Only 24 of the 1,470 reporting PWSs detected one or more PFCs, results which Burneson called "surprisingly low" from his perspective. Reference concentrations are currently only available for serum perfluorooctanoate (PFOA) and perfluorooctane sulfonate (PFOS), with just three facilities reporting a danger level.

Hormones – UCMR 3 represents the first time that hormone-containing pharmaceuticals are being monitored. Thus far only 14 of 288 PWSs have detected one or more hormones. Reference concentrations are available for the five estrogenic hormones (not for the two androgenic hormones), but none exceeded the limit.

The data above suggests that of all the contaminants mentioned, chlorate — a disinfection byproduct (DBP) formed from sodium hypochlorite or chlorine dioxide — may be considered for the next step of the rulemaking process. According to Burneson, the final determination for any UCMR 3 contaminant would come in 2015 at the soonest, after a public comment phase has concluded.

Some rules currently in the development phase, having satisfied the criteria for requiring a rule, are discussed below.

Perchlorate – Burneson reported that the EPA is still "evaluating the feasibility of treatment technologies to remove perchlorate,” in addition to examining “the costs and benefits of potential standards.” The process includes recommendations from the Science Advisory Board on methodologies to derive a maximum contaminant level goal (MCLG) — a non-enforceable goal set at a level “below which there is no known or expected risk to health.” This can be a stepping stone to what eventually becomes an enforceable maximum contaminant level (MCL).

Carcinogenic VOCs Group – This is a multipronged effort for the EPA, which is attempting to group carcinogenic VOCs (cVOCs) — some regulated, some still under consideration — under a single MCL. A number of cVOCs, including tetrachloroethylene (PCE) and trichloroethylene (TCE), are currently regulated individually. Meanwhile, occurrence data for three more cVOC candidates that could fall under the proposed group MCL is being collected as part of UCMR 3. The technical aspects of grouping the contaminants have proved daunting; Burneson stated that the EPA is once again “evaluating the feasibility” of the analytical methods, the treatment technologies, and the costs associated with cVOC grouping.

The working group will provide input to the National Drinking Water Advisory Council (NDWAC) and new recommendations are expected in 2015.

For more on the EPA and other government agency actions, visit Water Online's Drinking Water Regulations And Legislation solution center.