Environmental Change In Africa: Will It Lead To A Drying Lake Victoria? 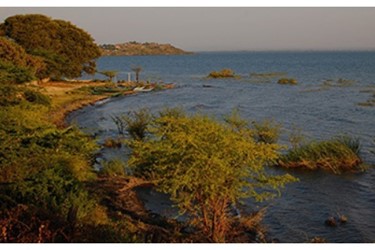 Global climate change could cause Africa's Lake Victoria, the world's largest tropical lake and source of the Nile River, to dry up in the next 500 years, according to new NSF-funded findings by a team led by University of Houston researchers. Even more imminent, the White Nile -- one of the two main tributaries of the Nile -- could lose its source waters in just a decade.

Using ancient sediment from outcrops along the edge of the lake, Emily Beverly, a sedimentary geologist at the University of Houston, along with researchers at Baylor University, generated a water-budget model to see how Lake Victoria's levels respond to changes in evaporation, temperature, rainfall and solar energy. The findings, published in Earth and Planetary Science Letters, indicate that a rapid lake level decline was possible tens of thousands of years ago -- and could happen again in the future.

That would significantly affect the economic resources supplied by the lake and the livelihoods of approximately 40 million people living in the Lake Victoria Basin.

Lake Victoria gets most of its water from rain -- about 55 inches each year. The sediment analyzed from locations along the lake shows that rainfall levels 35,000 to 100,000 years ago were about 28 inches, or almost half what they are today. The water-budget model in the study shows low amounts of rainfall caused the lake to dry up at least three times in the past 100,000 years, and it could happen again.

"This research is a great example of how studying past environmental records can help us understand what might occur with future environmental change," says Dena Smith, a program director in NSF's Division of Earth Sciences.