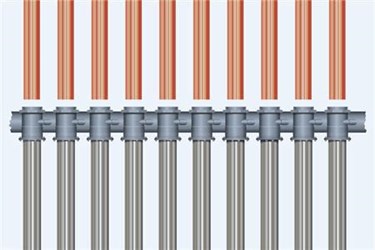 Electrowinning is a widely used technology in modern metal recovery, mining, refining, and wastewater treatment applications. Electrowinning is one of the oldest electrolytic processes known and was first introduced in 1807 by English chemist Humphry Davy. After 66 long years the first commercial refinery Balbach and Sons Refining and Smelting Company adopted the electrowinning technology and shortly after became the second largest metal processing company in the United States.

In electrowinning the electrolyte includes dissolved metals that have to be recovered. Another similar process is electrorefining which is strictly used in refining applications to improve the purity of the metals. Both processes use electroplating and are used to purify non-ferrous metals such as copper and silver.

A conventional electrowinning unit consists of a tank, rectifier, and pump. Cathodes and anodes are aligned inside the tank. The pump fills the tank with electrolytic solution. Electrical current is provided by rectifier to cathodes and anodes in such way that difference in electrical potential creates a movement of cations towards the cathode. As time goes by the positively charged ions will plate on the cathodes. It is important to note that as metal builds-up on the cathode the deposition of metal in solution will decrease and the plating will slow down. Once the metal deposition decreases to a rate that is not sufficient for electroplating, the cathodes with pure metal deposited will be harvested. In the case of waste water treatment, the solution (wastewater) will be cleaned or significantly purified of non-ferrous metals and can be further treated by chemical precipitation or reused within the industrial process. 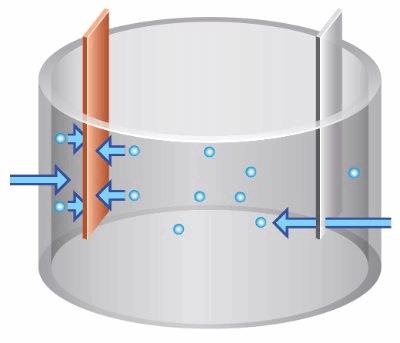 While electrowinning is mostly used to recover non-ferrous metals such as copper, nickel, tin, cadmium, or precious metals like gold, silver, and platinum, it also has a usage in industries that require wastewater treatment. An electrowinning facility can operate 24 hours a day, 7 days a week and offers some great benefits:

Given all this electrowinning technology remains a core process in mining, refining, and metal finishing industries, providing great financial and environmental benefits.