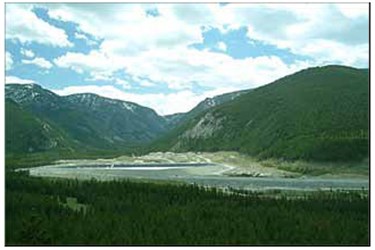 In the mining process, explosives are used to extract the metal-rich ore from the underground deposits. Water is continuously circulated through the mine, where it becomes laden with explosives residue. The main form of explosive used for this application is ammonium nitrate (NH4NO3). The typical constituents found in the process water are ammonia (NH3) and nitrate (NO3).

The removal of nitrate via biological processes is well documented within the mining industry with numerous installations throughout the world. The removal of ammonia, on the other hand, is not in as wide a practice in the mining industry as it is in the municipal water treatment; however, environmental regulations are moving to require ammonia effluent discharge limits.

The Stillwater Mining Company is a progressive organization that made the commitment to be a good environmental steward and investigate the removal of ammonia from its waste stream. With the installation of the AnoxKaldnes™ MBBR system using three reactors in series, it was able to remove ammonia aerobically and nitrate anoxically in one flow-through biological system.