Drinking Water Challenges On The Rise 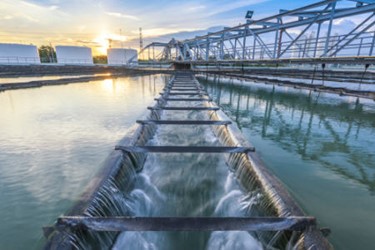 Earlier this year, it was Pittsburgh, Pennsylvania.

And now, residents of Newark, New Jersey, are facing the same frightening reality: for a number of years they have been drinking water contaminated with lead, which is known to cause developmental delays in babies and children, as well as a litany of health problems for adults.

“This isn’t the first lead crisis since Flint, but Newark may be the biggest city (at 285,000 residents), and it’s getting more attention because it is near other major cities,” said associate professor Justin Stoler, who studies the geographic patterns of health disparities and is currently investigating global water access and security.

Many blame the crisis on city and town governments, which have not replaced aging metal pipes because of the high costs of infrastructure projects. Yet, University of Miami professors say that although old pipes do contribute to the problem, there are viable solutions available. The only hitch is these fixes, called corrosion control measures, require vigilant monitoring that is sometimes overlooked.

“There are millions of Americans drinking water safely out of lead pipes because the water is treated with anti-corrosion chemicals,” said Stoler, who teaches in the College of Arts and Sciences’ Department of Geography and Regional Studies, as well as for the Abess Center for Ecosystem Science and Policy. “We would like to replace all the pipes, but in the meantime, these corrosion control measures work well.”

So how exactly does lead get into our tap water?

Most of the drinking water in the United States is drawn from aquifers or reservoirs and siphoned to local water treatment plants, where it is cleaned and pumped into water mains. These large pipes run down streets and connect to homes through smaller service line pipes. Lead is becoming an issue because Newark — like many cities in the United States — has a combination of lead and cast iron pipes. Metal pipes were put in place during the late 1930s as a more resilient alternative to their predecessor — clay plumbing pipes, said Esber Andiroglu, an associate professor and architectural engineer in the College of Engineering. Yet, as water flows through the metal pipes, it corrodes them, causing lead to seep into the water.

Since municipalities are now aware of the health hazards associated with lead, chemicals called phosphates are added to water to prevent the corrosion process. Phosphates help create a coating on the inside of pipes that minimizes the leaching of metals into the water, said professor Helena Solo-Gabriele, a civil and environmental engineer and associate dean for research in the College of Engineering.

Federal laws to protect drinking water began in 1974, with the passage of the Safe Drinking Water Act. Later on in 1991, the Environmental Protection Agency established the lead and copper rule, which set maximum limits for the amount of lead and copper allowed in drinking water, and also required water treatment plants to sample water for the two metals every six months. Municipalities, including Miami-Dade County, often publish annual testing results on several contaminants.

“In Miami, I’ve never seen an issue with lead as documented through these annual reports,” said Solo-Gabriele, who is also a faculty affiliate with the Abess Center.

Unfortunately, however, if phosphates are not added to the water and it is passing through metal pipes, lead can begin to leach into the water. In the case of Flint, Michigan, a switch to a different water treatment plant meant that the water was more corrosive, and the chemicals were not added to the water, Stoler said. In Newark, Stoler said there are claims that the city’s previous corrosion control methods failed. They have now switched to using orthophosphate, he said.

“That raises an eyebrow,” Stoler added. “What were they using? Did they skimp on it, or stop altogether? It could be so many things, but there’s likely to be a whole series of human errors that compounded into Newark’s crisis.”

Ingested lead can cause a myriad of health problems because it interferes with signaling from the brain, causing children to develop learning disabilities. Pregnant women who drink water with lead are putting their unborn babies at risk, and it also fosters neurodegenerative diseases in adults, such as Parkinson’s, said Naresh Kumar, an associate professor of environmental health who teaches in the Miller School of Medicine.

“In Flint, 6,000 to 12,000 children were exposed to this water; in Newark it may be even bigger,” said Stoler, who teaches the only human-oriented water class at UM titled “Drinking Water: past, present, and future.”

“In young children, water contaminated with lead causes cognitive and developmental issues that are irreversible — that’s the big problem. Once it affects kids, it’s a disability they will have the rest of their lives because the grownups made mistakes,” he said.

Once municipalities acknowledge the problem and begin putting orthophosphate in the water, it takes about six months to build enough of a coating inside pipes to protect against lead, Stoler said. News reports indicate that Newark began using these corrosion control methods again in May. However, Stoler said situations like Newark and Flint’s demonstrate that political turmoil can affect municipal water treatment plants, and ultimately, public health.

Some cities and towns like Flint are working to replace their pipes. But Andiroglu said that switching to polyvinyl chloride, or PVC pipes, used widely today for their durability and low cost may not be the answer. He said fiber polymer reinforced piping offers the most durability.

Regardless, Solo-Gabriele and Stoler said that in South Florida, our drinking water is treated properly and safer than bottled water, which is not regulated by the U.S. Food and Drug Administration.

“Our drinking water – especially if you get it from the city – has so many regulations on it,” Solo-Gabriele said. “Bottled water does not have that level of scrutiny, so I always recommend starting with tap water and if you’re worried about the quality, put in an under-the-sink filter that attaches to the faucet.”

Stoler agrees and filters his own tap water as a precaution. He said people considering buying a home on well water should get it tested before drinking the water. Generally, though, residents of Miami should not become paranoid about the water, Stoler said.

“We have a lot of great protocols for testing water quality,” he added.

When it comes to drinking water, Andiroglu said South Floridians should be more concerned about how sea-level rise and climate change is affecting local infrastructure instead. He participates in a few local boards and committees that examine water quality and said lead is typically not a topic for investigation.

“For our region, our primary concern now is the contamination of freshwater from leakage of septic systems,” he said. “All of those homes with drain fields in low-lying areas are not properly draining and there’s a lot of runoff from septic systems into well water and the bay waters, which is resulting in serious risks there.”