Doublethink In The Desert: The Myth Of Recycling In The Permian Basin 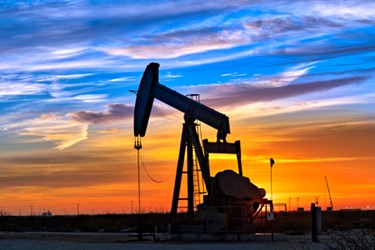 Flying over the Permian Basin tells the story of one of, if not the, most active oil and gas fields on the planet. Thousands of square cut well pads, carved from a layer of grass and topsoil, each one meticulously maintained, stretching as far as the horizon — even from 32,000 ft. Tying them together, like nerve fibers, is a spider web of oilfield roads — no more than cleared extents of bronze sand, running waywardly around foothills and between highways — obscured periodically by the dust kicked up by trucks carrying sand, water, and crews. Probing upwards like spires on the skyline of an industrial city, outcroppings of rotary rigs stretch from the Midland suburbs out into the desert.

As you fly over, sharp shards of light catch your eye. Glinting in the near-ceaseless desert sun, the wind-driven waves from the man-made lakes and ponds dubbed frac pits punctuate the landscape. Unseen from this altitude, connecting them, the veins of the water infrastructure lay flat, extending increasing distances while feeding completions activities and pushing produced water back to central batteries and tank infrastructure. Thousands of combined miles, with the singular aim of moving water. In fact, at any given moment there is 3 to 5 times more water being managed in the Permian Basin than hydrocarbons. It is for this reason that it is perhaps a misnomer to call the Permian an oilfield; in this unconventional age, it is as much a water field.

Along with the view, the headlines are clear. One of the primary solutions for the water challenge is to recycle the water to frac grade and use it in completions. To read some of these articles, it would be tempting to think that we have already cracked the code and that the key to solving the fundamental water balance of the Permian is to just recycle more. To say it, this makes a lot of sense, and recycling (and more of it) is definitely a part of the solution in terms of making the best use of produced water. It cannot, however, be the complete solution. The fundamental physics of the Permian Basin preclude this. In this article, we will explore why.

Everyone is familiar with the water cut statistics: three to seven barrels of produced water emerge from the ground per barrel of oil. This oft-cited statistic is useful to appreciate the scale of the volumes of water produced in the Permian Basin. However, it does not tell the whole story. In 2019, the Permian Basin is expected to produce 4.1 billion barrels of produced water, rising to 5.5 to 7 billion barrels by 2025, depending on how oil prices behave. On the other hand, water use for completion activities are forecast to be 3 to 5 times less than that, although still significant (in 2019, 1.2 to 2.5 billion barrels of water are anticipated to be required in completion activities). Even if 100 percent of the produced water was recycled, completions simply do not demand the volumes of water being produced and there will, as a result, always be residual produced water that must be managed. This phenomenon is known as “water balance,” and in the case of the Permian it is not supportive of recycling alone being the solution. (Which isn't to say it is not a part of it.)

Further complicating matters is the way oil wells produce their water. While over the 25-year life of a well in the Midland Basin it will produce 3 to 5 times the amount of water that was used to complete the well in the first instance, it will not do so in a manner supportive of immediate subsequent completions activities. Within the first 12 months of its life, a typical Midland Basin well may only produce 30 percent of the volume of water required to complete it. After recycling (which removes total suspended solids, etc.), that number will be closer to 25 percent in recycled “clean brine.”

Even in the very productive Delaware Basin, that number can be as high as 85 percent or as low as 60 percent, and in either event there is simply not enough water coming out of the ground near new drilling to be relied upon alone for completions. That water gap must be filled somehow, and that means adding fresh recycled or brackish water from elsewhere to the mix — transporting it from where it was produced to where it is needed. In short, operators find themselves drowning in water where they don't need it, and not having enough where they do.

There is little question that freshwater costs are increasing (now well over a dollar per barrel) and disposal costs are also increasing along with demand, with some locations now charging as much as two dollars per barrel. Logically, this makes recycling (which can be done for less than 25 cents per barrel) the most economically viable solution; however, that still leaves transportation as the most expensive part of water management. Any truck that must travel more than 15 to 20 miles to make its delivery is adding upwards of a dollar per barrel to the price of that water. Suddenly, that recycled water may find itself being more expensive than a local freshwater source on the transportation cost alone.

Water transfer, although cheaper than trucking, is innately limited in terms of the distance it can reach. While building large-scale water pipelines is attractive, the serviceable window around their entrances and exits where that water can be transported cheaply is still 15 miles. Fixed pipeline infrastructure may tend to suffer the same fate as legacy water wells — too far away from where the completions are, and with declining wells at their source, feeding them ever less water.

In short, getting recycled produced water to where it needs to go with high efficiency is not a trivial matter. Several water midstream companies are attacking this challenge with great success through pipelines and creative transportation strategies, but the fundamental economics will always make it more viable to use nearby water versus solving the issue of obtaining and treating water from older, productive wells — no longer sitting in the midst of extensive completions activities, and far from pipeline infrastructure.

Exacerbating this is the decline curves on shale wells themselves. If cumulative production is going to continue to rise, then more wells must exist tomorrow than exist today to take into account the rapid rates of decline. As the existing wells nearby are unlikely to be producing enough water, in-fill water demand from fresh and brackish will persist as a fundamental feature of the play in the short term. In the long term, there will always be more produced water emerging than the demand for water for completions, but most of it will not be produced where it is needed. It will also always produce in quantities (play wide) that overshoot demand, so recycling the way it is done now will never be the golden bullet it is often touted as being in terms of solving the water balance of the Permian Basin. To believe it will is to believe a convenient myth.

There is, without question, increased quantities of produced water recycling occurring, which is hugely encouraging. However, any notion that it is yet at the point of significance within the Basin in terms of the Permian’s overall water balance isn’t supported by the top-level numbers. Per the Railroad Commission of Texas (TRRC), 7.5 billion barrels of water were injected commercially in 2018 within Texas, over 1 billion barrels of which found their home deep in non-productive formations in the Permian Basin (zones 7C, 08, and 8A) at saltwater disposal wells (SWDs). Given each frac pit will evaporate 35 percent of its volume every year, the clear majority of produced water is being disposed of — not recycled — and that trend is not changing noticeably.

None of this should be surprising, however. The Permian is simply producing too much water for recycling for completion activities to solve it (even assuming 100 percent recycling), and is producing that water in locations where it is not necessarily economical to transport it for use in completions in the first place.

So, what is the solution? In the immediate term, the water midstream companies play a critical role in expanding water recycling, transportation, storage, and disposal infrastructure. Most operators and midstream companies already have enough infrastructure on their sites that using nothing more complex than a simple ‘floc and drop’ approach can effectively recycle 100 percent of their produced water for frac operations for minimal cost through existing SWDs and batteries. As they are already transporting the water, this won't increase their transportation costs; it will simply render the water usable. Ensuring adequate total disposal capacity, with a mind to the well pressure and the TRRC rules around seismic activities, is critical to the continued growth of the Permian basin — and better and better well economics.

Longer term, the only rational solution is to change the water balance. The only way this is possible is if produced water is converted into a form where it can be net “exported” from the oil and gas water cycle. That’s going to take investing in the technologies and infrastructure to treat the produced water to the extent that it is decoupled from the cycle of productions and completions — to treat the water to agricultural grade and provide it both locally to agriculture industry and export it where it is needed elsewhere through pipeline infrastructure. Any notion that any other solution is going to be viable in the long term ignores the one feature of the Permian Basin that will never change: its fundamental water balance.

The industries servicing the operators thus stand at an impasse. We are not going to recycle our way out of this situation. We do need to recycle, of course, as it’s the most cost-effective way (when done correctly) of dealing with the produced water until completions demand is met — and it’s the most environmentally friendly. It also enables completions activities to progress absent freshwater, or at least with less of it.

However, for the balance of produced water — the water that simply is not needed for completions activities — more progressive technological solutions are required longer term as disposal capacities eventually begin to struggle. More cost-effective thermal processes for distillation, more effective approaches for removing total dissolved solids from the water, and better use of existing infrastructure such as frac ponds to support these approaches will all play a part.

Indeed, as food for thought, in a basin where around 35 percent of the volume of frac pits evaporates every year, one wonders why so much time is spent trying to prevent evaporation rather than exploit it as the natural distillation that it represents. This could result in a significant volume of usable, clean water — without leveraging much in the way of high technology.

Every piece of infrastructure in the Basin represents an opportunity in this way. It’s up to the technology companies and water midstream companies to partner, identify those opportunities, and make the best use of one of the most prolific water sources on the planet, in a region that desperately needs clean, usable water.