Disturbingly Little Known About Microbeads And Plastics In The Great Lakes 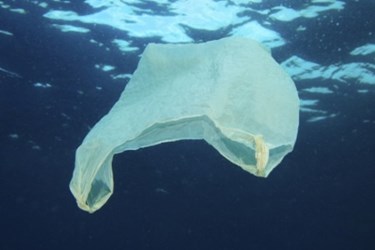 NDP MP Megan Leslie is calling on the federal government to list microbeads, tiny plastic flakes used in cosmetics, as a potential toxic substance. Health Canada claims the beads are safe for use as an additive, but Leslie says they pose a danger to the aquatic environment.

Researchers at the University of Waterloo are warning that microbeads and plastic debris of all sizes could be a bigger environmental problem for the Great Lakes than previously thought.

“We know more and more about ocean plastics, but, paradoxically, we have little information on the distribution and fate of plastic debris in the Great Lakes, the world’s largest freshwater resource,” says Philippe Van Cappellen, Canada Excellence Research Chair and professor of Earth and Environmental Sciences in the Faculty of Science.

A review article by Van Cappellen and fellow researchers from Waterloo’s Ecohydrology Research Group appears as an open source publication in this month’s issue of the Journal of Great Lakes Research.

The article combines surveys from university research studies and ground-based observations by volunteer beach clean-up groups to yield the first comprehensive assessment of the plastics problem in the Great Lakes.

Plastics can range enormously in size from large drums and cigarette filters to microscopic plastic beads found in facial scrubs and body washes, and plastic fibres washed from synthetic clothing in everyday laundry.

Larger pieces also break down through mechanical abrasion into smaller pieces that persist in the environment, potentially for thousands of years. These microplastics act like sponges for certain pollutants and are easily ingested by aquatic organisms, including fish and shellfish, which may ultimately end up on our plates.

“Survey any stream or river in the Great Lakes region and there is a good chance you will find plastic debris, including microbeads or microplastics,” said first author Alex Driedger, a graduate student in the Ecohydrology Research Group.

The study found Lake Erie has the highest concentration of plastic debris among all the Great Lakes – higher even than Lake Geneva, which has more than three times the surrounding population density. In fact, results show that certain areas of the Great Lakes have suspended plastics concentrations as high as those found in the so-called garbage patches accumulating within large oceanic gyres.

“Canada needs to step up to the plate and take action,” says Van Cappellen who is also a member of the Water Institute. “Both the Europeans and Americans are proposing legislation to deal with the problem. Canada should follow their lead.”

About the University of Waterloo
In just half a century, the University of Waterloo, located at the heart of Canada's technology hub, has become one of Canada's leading comprehensive universities with 35,000 full- and part-time students in undergraduate and graduate programs. A globally focused institution, celebrated as Canada’s most innovative university for 23 consecutive years, Waterloo is home to the world's largest post-secondary co-operative education program and encourages enterprising partnerships in learning, research and discovery. In the next decade, the university is committed to building a better future for Canada and the world by championing innovation and collaboration to create solutions relevant to the needs of today and tomorrow. For more information, visit uwaterloo.ca.