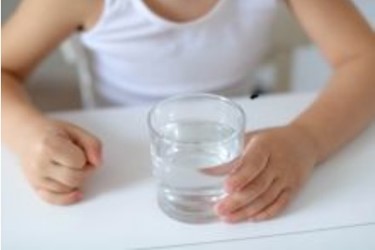 Congress passed legislation Wednesday that will give commercial airports the option to switch to firefighting foams that do not include the highly toxic fluorinated chemicals known as PFAS.

The new provision was part of a larger legislative package to fund the Federal Aviation Administration and bolster disaster relief programs. Firefighting foams made with PFAS chemicals are a significant and widespread source of drinking water contamination throughout the country.

Under current law, airports are required to use firefighting foams that contain these chemicals, which have been linked to cancer, kidney disease and other health problems.

“Firefighting foam is a significant source of PFAS contamination in drinking water throughout the country,” said EWG Legislative Attorney Melanie Benesh. “This legislation is a critical first step to allow airports to switch to the less toxic alternatives, which are already being used safely and effectively in other countries. We applaud Congress, especially Senators Sullivan, Thune, Peters and Nelson, and Representatives Upton, Shuster, DeFazio and Kildee, for taking this important action to protect public health.”

EWG led efforts to secure the provision to the FAA bill, holding multiple meetings with lawmakers and staff to spotlight the extent of the PFAS contamination crisis, and marshaling the evidence in support of less toxic firefighting foam alternatives.

The PFAS measure attached to the FAA reauthorization bill is one of only a few pieces of legislation focused on drinking water contamination to pass Congress in years. Recent research by EWG estimates that roughly 110 million Americans could have PFAS-contaminated drinking water.

“More than 100 million Americans are likely drinking water contaminated with these chemicals, and that number will only increase unless our elected leaders take action,” said EWG President Ken Cook. “The fact that we had to use an FAA funding bill to begin tackling the growing PFAS contamination crisis underscores the inexcusable failure by the Environmental Protection Agency in dragging its feet on this pervasive contamination for nearly 20 years.”

EWG’s work on fluorinated chemicals began in 2002, with a series of investigations that helped break open decades of deception by the chemical giant DuPont, which hid the risks of these chemicals from its employees and the public. The best known PFAS chemicals are PFOA, formerly used to make DuPont’s Teflon, and PFOS, formerly an ingredient in 3M’s Scotchgard. Both were phased out under pressure from the EPA after revelations about their hazards and the companies’ cover-ups of damning health studies.

A new documentary film, The Devil We Know, featuring EWG, tells the story of how DuPont contaminated the entire community of Parkersburg, W.Va., with perfluorinated chemicals that are now found in the blood of nearly every American. EWG’s research has documented the presence of toxic fluorinated chemicals in everyday items, including fast food packaging and umbilical cord blood.