Application Of Alkagen® Solution For Odor And Corrosion Control 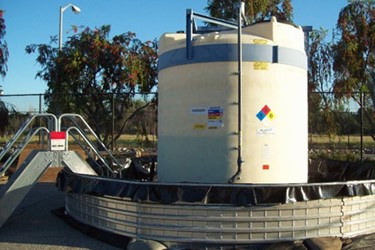 Almost all wastewater collection system odor and corrosion problems are a result of the formation of sulfide. Sulfide is formed under the anaerobic conditions that typically exist in wastewater force mains. When wastewater is released from force mains into gravity systems, pump stations, or treatment plants, sulfide is released as hydrogen sulfide gas, which has a rotten egg odor that can be detected by the human nose at concentrations of less than 1 ppm. In addition, hydrogen sulfide is readily converted by naturally occurring bacteria to sulfuric acid, which is very corrosive and is the cause of many infrastructure failures in wastewater systems.