Water And Wastewater Funding Legislation For 2014 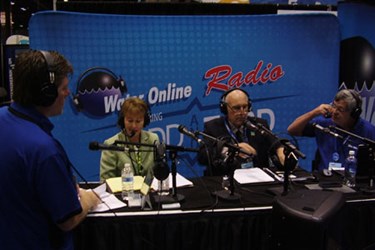 Dawn Kristof Champney, President of the Water and Wastewater Equipment Manufacturers Association (WWEMA) and Ron Duecker, COO of JWC Environmental and the chair of WWEMA's Presidents Council, explain the industry’s relationship with Congress and what we all can be doing to push the industry’s interests further on Capitol Hill.

The following is an excerpt from a Q&A with Water Online Radio. Click on the Radio Player above to hear the full interview.

Water Online Radio: It’s no secret that America has a crumbling water infrastructure. It's becoming a very serious problem. Is there any hope that Congress is going to help out here?

Dawn: We hope that they’ll take up two pieces of legislation this year to provide some desperately needed infrastructure funding for the water and wastewater sector.

The other is a water infrastructure finance innovation authority act. This is part of the Water Resources Development Act, passed in the Senate, and being considered right now in the House. It establishes a pilot program for ten water and wastewater projects each year, around $20 million apiece. It basically provides up to 49 percent funding through the US Treasury for these projects.

It's a pilot program, but it's a good start for the federal government to be in partnership with our industry, to try to address this very challenging and growing need for infrastructure repair. We have some opportunities on the horizon.

Water Online Radio: Dawn, what are the chances of one or both of these bills getting passed? What are the issues that might prevent it?

Dawn: Well, we're running out of time. Obviously, the whole debate is on the debt ceiling and the budget for 2014. That has consumed their full attention. We're coming up near the end of this session, so we have a very limited time to bring bills to the floor.

At this point, I think it's fair to say that both bills will be considered early in the next session of Congress, beginning in 2014. Each bill has very strong bipartisan support, so that's not the issue. It's just a matter of trying to get the parties to agree to anything during this very troubling time.

It's up to our industry to be a voice of reason and urge them to see that this is a way federal government can help us at very nominal cost to the Treasury, to make a significant contribution to addressing our infrastructure challenges.

Water Online Radio: Ron, Dawn just shared with us some of the issues with the federal budget and everything that that implies. As chair of WWEMA's President's Council, what do you see for next year's municipal budgets and capital improvement projects?

Ron: We divided them geographically, according to North America and the rest of the world. As far as the rest of the world is concerned, there are some challenges. In Europe, the economy has been constricted over the last several years. In the Asia Pacific region, China and Southeast Asia provide some growth opportunities. Infrastructure is being put into place for water and wastewater as these countries develop more modern treatment and water processing systems.

Here in North America, we are seeing some signs of hope as construction trends have been trending upward on a more consistent basis over the last six months. It's the same with housing, though it’s somewhat geographically constrained in certain parts of North America. We also see that overall design work is starting to trend forward for architects and engineers. There are signs of hope from that standpoint. Certainly the operating budgets are still very tight for the municipalities.

It's our view overall that water is tremendously underpriced and that there could be an opportunity for a significant increase in infrastructure build based on pricing water where it really should be.

Overall, we see that the capital state revolving funds are available still, but there seems to be a lack of confidence in some of the municipal agencies to tap into those. We're optimistic.

Water Online Radio: How do you reconcile the tight budget and the absolute need to handle critical issues? For example, your company addresses the big problem of flushable wipes and rags in the system. How do municipalities solve this problem with limited funds to invest in resolving it?

Ron: First of all, we support educating the public to remediate this problem themselves by not throwing these things into the wastewater systems.

I liken the whole situation to the 1960s, when “Don't Be A Litterbug” was the main thing. A number of disincentives were put in place; heavy fines for throwing trash out of windows, encouragement of recycling of bottles and cans in return for money. As it turns out, none of those things have effectively dealt with the problem of trash on the freeways.

It still exists today. It exists in the cities and in our infrastructure. How do we educate a population that's used to throwing things away, and how do we control that? Some of the ways I think of, besides just regulating in a way, would be to tax it.

That might be one of the things that could be done to help fund the processes within the wastewater treatment systems to deal with those individuals, those people that will not follow the suggestions. Secondarily, it's somewhat of an issue for those workers that have to enter the confined spaces to remove these products.

It's very costly for the cities to pay for this. There are solutions out there in the form of screening solids reductions for materials. It can help prevent that from happening. Yes, there's going to be some infrastructure costs there, but we also believe there's some savings associated with not having to enter those confined spaces, because it's expensive to do that…

Water Online Radio: What can our audience do to influence Congress on these very important water and wastewater issues?

Dawn: Well, there's no way I could possibly emphasize strongly enough that you have to be heard and known by your representatives. They are bombarded daily by so many different interests, and they try to be responsive to them all...

Click on the Radio Player above to hear the full interview...