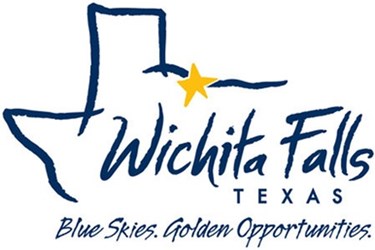 In May 2014, Wichita Falls, Texas found itself under a stage 5 drought catastrophe ranking during the second worst drought in the city’s history. The lakes supplying water to the city were at less than 25% capacity, resulting in restrictions on outside irrigation and residents and businesses were encouraged to conserve water as much as possible. Despite reducing water supply by one-third, water was still expected to run out within two years under the drought conditions.

Wichita Falls city officials developed a short-term temporary solution to the problem – to treat and purify wastewater so it could be reintroduced into the potable water supply. The city built a 13-mile pipeline from the wastewater treatment plant to the drinking water plant, installed advanced treatment equipment including membranes and reverses osmosis, and began extensive testing by the Texas Commission on Environmental Quality (TCEQ) to ensure the water was meeting treatment goals. The project went online in July 2014 under a temporary emergency permit serving a population of just over 100,000 using a 50-50 blend of treated wastewater and lake water.

As the temporary emergency permit timeline came to an end, the city requested an extension on the project. In order for the Direct Potable Reuse (DPR) project to be extended, the Texas Commission on Environmental Quality required the installation of a UV treatment process to act as an additional barrier for Cryptosporidium inactivation. All other DPR projects that have been approved in Texas have included UV as part of the treatment process.

We delivered the TrojanUVSwift™ECT to Wichita Falls in late December 2014 in order to support the city and its DPR project, which was at risk of being forced offline by TCEQ unless an additional UV disinfection barrier was installed. By February of 2015, Wichita Falls had commissioned the TrojanUVSwift™ECT, allowing the city to receive a one-year extension on its DPR project, versus a six-month extension without UV treatment.

Along with a similar project in Big Spring, Texas, Wichita Falls is Trojan’s second UV installation and the state’s second site for DPR. The project has received global attention as representatives from several countries have visited the city’s treatment plant to learn more about the technology that makes DPR a viable treatment option for wastewater reuse.