The Secret Ingredient Of Analytics: Wastewater 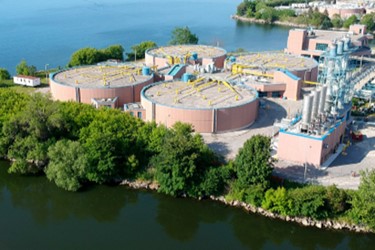 The storm was a one-in-ten-year event. But it’s one that the engineers at TasWater, the water and wastewater agency for Tasmania, realized the people in the region would remember for a long, long time.

A massive weather front overwhelmed the regional combined sewer overflow system on December 4, 2017. The spill lead to a mandatory 21 day pause at the peak of the oyster harvest. Headlines and public complaints followed.

To prevent a repeat, TasWater created an application that can pinpoint potential trouble spots. The key: the system sends up a signal when cisterns aren’t filling as fast as they should, a symptom of upstream blockage. TasWater hasn’t had an opportunity to test the system in storm conditions yet, but believe that it could have given the utility up to 13 hours advance notice in the Pittwater storm, enough time to take actions to mitigate the impact.

The U.S. has 1.2 million miles of water mains, even more sewer lines and we experience 240,000 outages due to breaks a year. These agencies provide an absolutely essential resource that must be available 24 hours a day, but often adopt new technologies slowly and cautiously. However, new technologies have to be integrated slowly. Move fast and break things isn’t an ideal to imitate: it’s their worst nightmare. Their equipment and infrastructure is often old, spread over vast territories and underground – roughly 20% of San Francisco’s pipes are over 100 years old. Budgets are constrained and, to top it off, many water and wastewater utilities are incredibly tiny: there are 15,998 water districts in the U.S. alone. Rather than serve an entire region, some only serve a few towns.

Nonetheless, water, and particularly wastewater, utilities have been a source of an outsized number of compelling examples of what can be accomplished through data and analytics. In some ways, you could call it the Flint Factor. Utilities more acutely understand the downside of inaction and are combing through their existing technology portfolios to see what they can do shore up their defenses.

San Francisco’s Public Utility Commission has set up an early warning system that tracks rising levels of water at pipelines, cisterns and other locations in real time. The city’s combined storm and wastewater volume can quickly rise from 100 million gallons a day (MGD) to over 200 MGD. If the combined overflows get onto beaches, they can create health hazards and trigger fines. To that end, it also dispatches biologists to get them to beaches before storm/sewer overflows occur so they can post warnings and prepare to sample.

Similarly, MPWIK in Poland is working on techniques to predict when sewer activity is at its peak so they can reduce their energy bills. Let’s say there is a big soccer match: MPWIK will crank up the pumps right before the end of the game to accommodate the tsunami of flushing and then turn them back down so the pipes don’t burst from being over-pressurized.

Through its STREAM research project, United Utilities in the U.K. and several universities are creating a neural network that effectively allows it to predict which storm drains and pipes might be blocked by branches, large amounts of leaves and other debris by looking at historical work orders, weather patterns, rainfall and other factors. The ultimate goal is to predict overflow conditions a week in advance so cleanup crews can be dispatched before a storm hits.

One of the more intriguing aspects of some of these solutions is the simplicity. BRK Ambiental, a water and wastewater company serving 185 communities in Brazil, manages 85 sewage treatment ponds. After high rains, overtopping can occur, which in turn can threaten the integrity of a dam (overtopping, in fact, occurred in February 2018 at one location). To develop an early warning system, BRK began to stream data about weather, water levels, the rate of level change and a few other parameters to its control center in Sao Paolo. Seeing the symptoms, engineers can act to prevent problems.

“This is a simple solution. It is not crazy with a lot of calculations,” explained Marcia Cintra, an IT analyst at the company. “But we can reach huge results. You don’t need to make magic.” 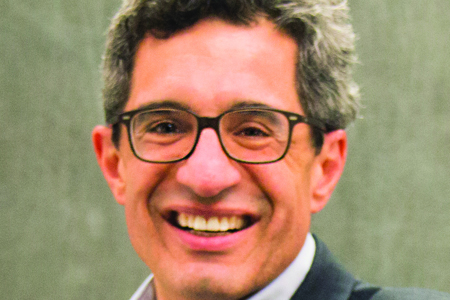 Michael Kanellos tracks how innovation and IoT will impact energy, people and business. He’s written for over 20 years for CNET, Greentech Media, Forbes, Wired, Computer Reseller News, the New York Times and other publications and appeared as a guest on outlets like NPR, 60 Minutes, Fox News, CNN, the Today Show and Al Jazeera. Prior to technology, he also worked as an attorney, a Census Bureau enumerator and a busboy in a pancake house. You can reach him at mkanellos@osisoft.com.