Introducing The Valve That 'Can't Fail' 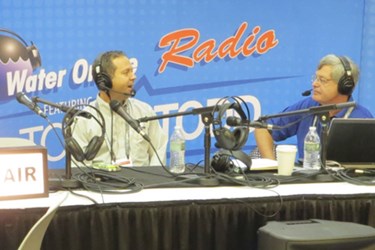 Valve failures can cause major problems for a municipality. In fact, depending on the application, they can be catastrophic.

“A relief valve that doesn’t open in a surge, you’re going to have significant surge damage. A pressure-reducing valve that fails — or it could be a diaphragm failure or something that plugs the valve itself — that valve could become fully open and then you’ll have full-line pressure.

“So if you’re in a really high-pressure situation … you’re going to have pipes bursting. Now you’re dealing with not only the repair bill, but potentially litigation that’s going to come along with the damage of all that water going into peoples’ businesses and/or homes.”

Singer offers a solution to avoid such problem, of course, namely the PRSM pressure-reducing valve with integral backup.

“It basically can’t fail,” says Malo. “If any of the first section of the control valve were to have damage done to it, it actually has an entire second portion that jumps in and takes over and continues to make the valve work.”

Learn more about the PRSM valve, including financial and O&M implications, by listening to the Water Online Radio interview below.