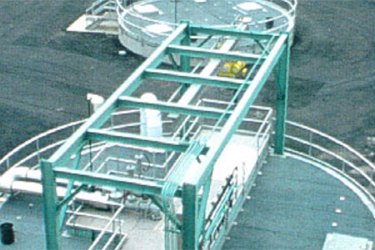 The City of Columbus, GA knew firsthand the pollution problems that combined sewer systems caused. In dry conditions, the city’s combined sewer overflows (CSOs) were not a problem, but during heavy rain events the rapid influx of stormwater caused the system to overload — resulting in untreated water to flow directly into the Chattahoochee River. The river provides drinking water for over half of all Georgians and recreational opportunities for more than 25 million people each year. Not only did the overflows cause exceptionally high fecal coliform levels in the hundreds of thousands of colony forming units (CFU), they also discharged aesthetic pollutants directly into the river.

With the help of a $20 million appropriation from Congress and the U.S. Environmental Protection Agency, the Columbus Water Works was able to implement a CSO control program that encompassed a technology demonstration site. The agency evaluated 44 different options to determine the most cost effective and meaningful way to address more than 5,200 acres served by combined sewers in the downtown area of Columbus.