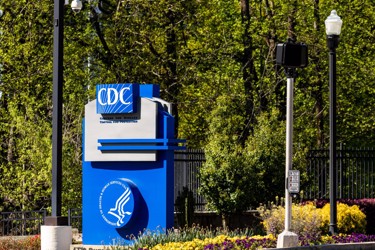 The U.S. Centers for Disease Control and Prevention (CDC) recently released a report that looked at data from the years 2000 to 2015 and estimated the healthcare costs stemming from infectious waterborne disease in the U.S.

The agency found that approximately seven million illnesses and 6,000 deaths come from the country’s water supply. It also concluded that, despite the fact that the nation’s drinking water systems are relatively good at protecting against many waterborne pathogens, the systems themselves may be harboring disease.

“Domestic waterborne transmission of 17 diseases in the United States caused [approximately] 7.15 million … waterborne illnesses to occur annually during the study period, including 601,000 ED [emergency department] visits … 118,000 hospitalizations … and 6,630 deaths, and incurred $3.3 billion … in hospitalization and ED costs,” per an early release of the study. “Although the risk of illness from enteric pathogens readily controlled by water treatment processes still exist, this analysis highlights the expanding role of environmental pathogens … that can grow in drinking water distribution systems; plumbing in hospitals, homes and other buildings; recreational water venues; and industrial water systems.”

The CDC pointed to biofilms — layers of bacteria that grow inside of drinking water infrastructure and harbor microbes, protecting them from disinfection efforts — as a primary cause for the healthcare costs and consequences of waterborne diseases.

“In fact, the report found over 90% of all deaths and the majority of hospitalizations from waterborne diseases are caused by just three airborne pathogens that prosper in biofilms,” according to CNN. “While much less frequent, biofilm-associated pathogens were responsible for the highest number of hospitalizations and deaths, costing the US health care system $2.39 billion annually.”

Though it is well known throughout the drinking water treatment industry that the country’s infrastructure is in need of significant maintenance and upgrade, it’s possible that the CDC’s findings will elevate urgency among those outside of the industry. At the least, it should motivate more consumers to take charge of their household water infrastructure.

“Biofilms prosper when water taps are not turned on for long periods of time and the water sits still within the pipes,” per CNN. “If a faucet or showerhead has not been used for a week or so, it’s best to flush that plumbing before using it again, the CDC suggests. Run cold water for two minutes, then switch the faucet to hot until the water warms.”
To read more about the infrastructure that carries drinking water to homes, visit Water Online’s Drinking Water Distribution Solutions Center.